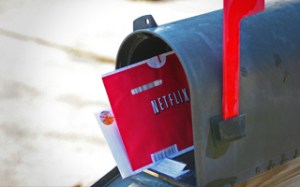 A group of disgruntled Netflix investors has filed a class action lawsuit against the movie rental company for allegedly withholding information.

Netflix’s stock price suffered from two very large decreases in the summer and fall of 2011, in part due to massive price increases to subscription plans and a failed attempt to spinoff Netflix’s DVD-by-mail rental business into a separate company. And while the company was clear on those plans, it wasn’t entirely clear on some of the content deal renewals necessary to keep Netflix’s streaming library up to par with competitors.

The lawsuit, which was filed in the U.S. District Court in Northern California by the City of Royal Oak Retirement System (PDF), claims that senior management didn’t reveal to investors that many of its streaming content contracts would soon need to be renegotiated at a much higher cost.

The suit also claims that members of Netflix senior management sold their stock when it was artificially high during the summer — prior to letting investors know the company’s true costs associated with renewing contracts. The official statement from Robbins, Geller, Rudman & Dowd LLP (the firm hired for the class action suit), reads:

“The complaint alleges that during the Class Period, defendants issued materially false and misleading statements regarding the Company’s business practices and its contracts with content providers.  As a result of defendants’ false statements, Netflix’s stock traded at artificially inflated prices during the Class Period, reaching a high of almost $300 per share on July 13, 2011.  While Netflix stock was inflated (partially by Netflix buying back its own stock), Company insiders were selling 388,661 shares of their own Netflix stock for proceeds of $90.2 million.

Although the suit was filed by the City of Royal Oak Retirement System as well as “all plaintiffs similarly situated”, it’s possible not all investors will participate.

We’ve reached out to Netflix for further comment and will update this story with any new information.