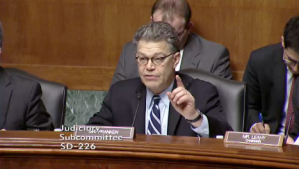 Streaming video service Netflix recently appealed to a panel of U.S. senators to update an old law that forbids the company from launching a Facebook application within the country.

The antiquated law, the Video Privacy Protection Act (VPPA), prohibits companies like Netflix from sharing a person’s movie-rental history. The law was passed in 1988 after Supreme Court nominee Robert Bork’s video rental records were published in a news publication. At the time, the law seemed to make sense because a person’s video rental history does have the potential to affect public opinion about that person — especially when running for public office or being nominated for a public position.

Technology has moved on since 1988, however, and people are more willing to share information about what they’re watching now.

Last month, the House passed an updated version of VPPA that allows consumers to give a one-time consent to release their rental data — regardless of what format the movies are in (streaming video, downloaded files, DVDs, or VHS). Such a measure would allow Netflix to take advantage of social features on Facebook’s “Open Graph” platform. For instance, if you read a news story on Facebook using an app, that app will let all your friends know immediately what you’re reading. Netflix integration could do a similar thing for movies you watch through Facebook.

In fact, Netflix subscribers in Canada and Latin America already have access to the Facebook integration, so their friends can see what they’re watching. But that’s not legal in the U.S., thanks to the VPPA — which is why the House has proposed amending the law.

Among those who spoke up against passing the House’s updated bill was Sen. Patrick Leahy (D-Vt.), who not only authored the 1988 VPPA legislation, but also the highly protested Protect Intellectual Property Act (PIPA).

At the hearing Tuesday, Leahy described the House’s bill as “dominant corporate interests (enticing) a check off in order to receive what may seem like a fun new app or service.” And while this seems like a reasonable observation, further comments by the senator indicated that he really has no clue how Facebook works — especially not in regards to the new news ticker feature the giant social network implemented in September.

“A one-time check off that has the effect of an all-time surrender of privacy does not seem to me the best course for consumers,” Leahy added. A one-time “check off” that allows Netflix to do whatever it wants to with your viewing history probably wouldn’t be in a person’s best interest. However, under Facebook’s terms of service, a third-party application can only gain access to your Facebook profile for as long as you allow it to. Therefore, Leahy’s point is sort of invalid, and at the very least ill-informed.

Sen. Al Franken (D-Minn.), who is chairman of the subcommittee in charge of the hearing, also criticized the House bill because it was unclear whether it would make movie rental companies obtain permission for every single movie a person rents.

“Streaming is the future of video, but no judge has ever decided whether or not the VPPA covers stream video companies,” Franken said. “I think it’s clear that the law does cover new technologies like streamings because it doesn’t just cover ‘pre-recorded video cassette tapes’ but also… ‘similar audio/video materials'”.

Franken said there’s a good chance that a judge may decide that the current VPPA law doesn’t include streaming media, which is why he doesn’t want to leave “the future of video privacy up to a judge.”

While I’ll agree with Franken on the necessity to update old laws to include new technologies, I disagree that “streaming” video privacy is any different than regular privacy. Currently, none of the other streaming media services (music, television shows, or radio/webcasts) are hindered by the VPPA. Yet, a revised law could change that.

Apparently, the senators don’t believe that a streaming service that provides unlimited access to movies is much different from a brick-and-mortar video rental shop from the 1980’s. To help out the senators, we can point out some obvious differences: Netflix’s streaming service, for instance, lacks the annoying late fees, membership ID cards, and that door in the back covered in hippie beads that only adults are allowed to enter.

Do your think we need new laws specifically for streaming media to protect privacy? Give us a shout with your thoughts in the comment section.