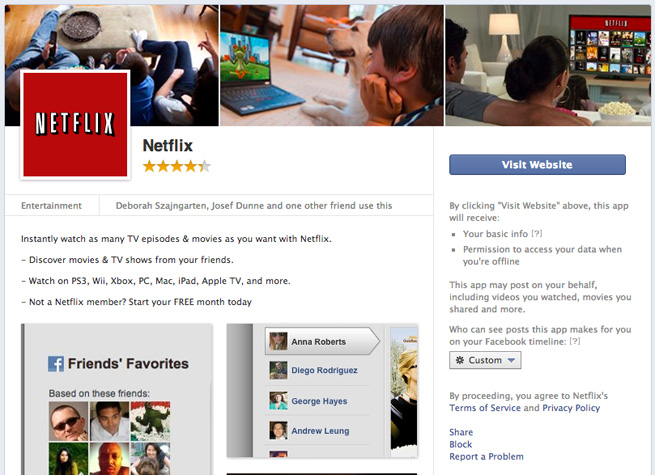 Netflix will enable subscribers in the United States connect their profiles to Facebook as soon as President Barack Obama signs a popular bill into law, the company confirmed today.

The bill, which will permits Netflix members share their viewing history with friends online, has cleared the U.S. House and Senate and now it just needs Obama’s signature, which should happen in the near future.

“We are pleased that the Senate moved so quickly after the House,” Netflix said in a statement to Talking Points Memo. “We plan to introduce social features for our U.S. members in 2013, after the president signs it.”

Netflix has been noticeably absent from Facebook’s Timeline feature due to a clearly outdated 1988 law that forbids video rental services from sharing a customer’s rental history. The bill was passed in the Blockbuster days and was designed to stop folks from seeing other people’s viewing habits. But with Facebook and other social networks, people often want to share what content they are consuming.

This should be a major win for Netflix, which has been pushing for the legislative changes for more than a year. With more sharing on Facebook, it could encourage more users to sign up or try Netflix.