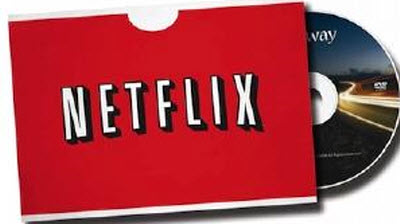 Netflix is in talks to acquire its own original programming in a bid to compete with premium cable TV channels such as Time Warner’s HBO.

Clearly, the protracted talks that Netflix has had over the years with Hollywood studios has taught the company that its better to own your own programs rather than just distribute them for someone else. The move could be an escape route for Netflix, which seems doomed to pay ever-rising fees to content owners.

Both Deadline Hollywood and the Wall Street Journal reported that Netflix is either in advanced talks or has outbid several networks in getting rights to House of Cards, a new TV series being directed by David Fincher and starring Kevin Spacey. Netflix is reportedly bidding more than $100 million, according to Deadline Hollywood. But the WSJ says the amount is much less. The point is that Netflix is willing to part with a lot of money to get content.

But the question is whether Netflix can amass a sizable amount of content to spread out its risks and to make its own exclusives attractive enough to get more consumers. Consider the fact that HBO’s audience dwindled after it stopped airing new seasons of The Sopranos. Content is a game where you go big or you go home.

Netflix has to date specialized in distribution of movies and TV shows, either through DVD disks sent through the mail or through digital distribution video-streaming deals on consumer electronic platforms such as the Xbox 360, the PlayStation 3, the Nintendo Wii, or the Roku box. The House of Cards show, a political drama based on a British miniseries, could air first on Netflix’s streaming internet service. Netflix now has more than 20 million subscribers, compared to 28 million for HBO.

The deal hasn’t been announced yet and most of the players wouldn’t comment to the WSJ. Under the terms being discussed, Netflix would have the right to distribute the series online before any other outlet carried it. Netflix’s users have increasingly adopted on-demand video streaming, which carries a monthly fee. Since users pay a flat fee to Netflix, they view the service as a better bargain than other on-demand streaming services. But the selection of movies is important to users. To date, Netflix has had limited appeal because it mostly has access to cheaper, older movies and TV shows.