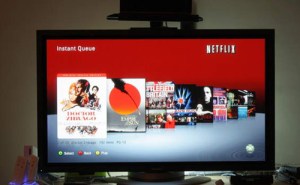 “So far from what we’ve seen, we’ve been very pleased at the effects and we’re feeling great about the decision, as tough as it is,” Netflix CEO Reed Hastings said. “It’s gonna allow us to have fantastic streaming content moving forward.”

The change in subscription will result in lower revenue growth and higher churn in the third quarter this year, which means more subscribers will be leaving, Hastings said. That means its new guidance is 61 percent lower than the number of new subscribers the company would have brought in if it held steady.

The company’s guidance for the third quarter this year is pretty tame. It expects to make between $95 million and $120 million in income off between $780 million and $805 million in revenue from its domestic operations. It expects to end the third quarter with between 24.6 and 25.3 million new domestic subscribers, which is not far off from its most recent operating quarter.

Netflix expects to lose between $27.5 million and $22.5 million in the third quarter this year on its international operations, which have grown slowly in the past several quarters. The company expects to have between 1.2 million and 1.5 million subscribers internationally, compared to the roughly 1 million subscribers it had at the end of the second quarter this year.