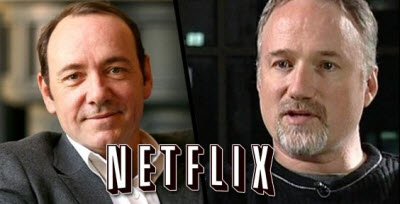 There has been a lot of excitement about Netflix’s decision to air the original Kevin Spacey-starring television series House of Cards, but today co-founder and chief executive Reed Hastings sounded cautious about the company’s future production plans.

Hastings, who was speaking at the D9 conference in Rancho Palos Verdes, Calif., acknowledged that TV shows are an important part of Netflix’s library. Ideally, those shows would be produced by traditional studios, then Netflix would make deals to stream them after they’ve aired — not right after they’ve aired, but Hastings would like to have all of a show’s previous seasons. However, Netflix hasn’t succeeded in obtaining the rights to all the shows he would like, so he said the company has to pursue other content strategies.

“If we can’t spend the money with HBO and Showtime, then we’ve got to do things like that,” Hastings said.

Even in the case of House of Cards, Netflix isn’t actually producing the show, he added. The show is being produced by Media Rights Capital, and Netflix is providing some of the financing in exchange for the exclusive rights to air the show first. The company might pursue more deals like this in the future, Hastings said, but when journalist Kara Swisher asked if Netflix will start making movies, he replied, “I don’t think we have a differential competence in making movies per se.”

So why aren’t HBO shows available on the Netflix’s Watch Instantly streaming service? It sounds like that’s a priority for Hastings, who said that if he could bring any one show to Instant, it would be The Wire. HBO may be protecting its own content strategy (namely the fact that it makes old episodes available through its HBO Go), but Hastings said there’s a simpler explanation: Netflix hasn’t offered to pay enough yet.

Speaking of original content, people have wondered whether Netflix might revive canceled programs like the beloved science fiction show Firefly. Hastings has said in the past that that kind of move is a possibility. When Swisher asked about Firefly specifically, it didn’t sound like the show would come back on Netflix — Hastings said that the actors have all aged and all the sets have been dismantled.