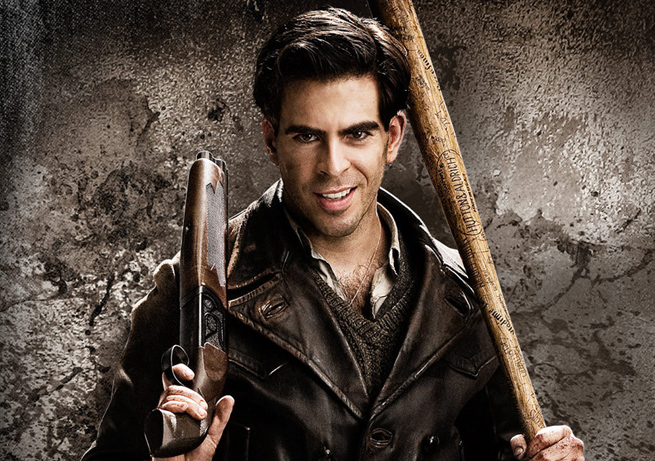 Netflix has inked a deal with horror director Eli Roth to create Hemlock Grove, an original series about “murder, mystery, and monsters,” the company announced today.

Hemlock Grove will join other original content being created by Netflix to help them maintain and attract customers in its growing war with HBO and cable companies. Other content being produced includes David Fincher’s House of Cards, Steve Van Zant’s Lilyhammer, and Jenji Kohan’s Orange is the New Black.

The series is based on Brian McGreevy’s horror novel of the same name. Set in an old Pennsylvania steel town, Hemlock Grove begins with the murder of a young girl and a search to find who (or what) killed her. As the killer is not found and frustrations mount, two young men begin to search for answers themselves and uncover many disturbing facts.

Roth, who will direct the first episode and executive produce the series, is best known for directing films Cabin Fever and Hostel and starring as the maniacal Donny Donowitz in Inglourious Basterds. This will be his first foray into television; albeit with Netflix as the backer, it’s a bit unconentional.

“Netflix as a platform is the perfect hybrid of cinema, television, and social networking, with the creative freedom to go as dark as the story needs,” Roth told the Hollywood Reporter.

Hemlock Grove will star Famke Janssen from the X-Men trilogy and Bill Skarsgard and debut exclusively on Netflix in 2013.