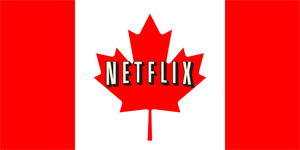 Netflix on Thursday announced that its Canadian branch has reached one million members in just 10 months.

The company launched its $7.99/month streaming-only service in Canada in September 2010, and Canadians, with their decent broadband speeds and long winters, quickly snatched it up. The one millionth Canadian member, Amanda Bell James, from Flin Flon, Manitoba, will get a free lifetime streaming membership.

While the company has faced loud criticism in the U.S. over its decision to charge 60% more for DVD/streaming combo package, it has not had to deal with this in Canada where it only offers streaming movies and TV.

“Our focus remains on building up the breadth and range of movies and TV shows to watch instantly, as well as constantly improving the experience, and we look forward to welcoming many more new members,” said Reed Hastings, Netflix CEO, in a statement.

But Netflix will need to grow its streaming content selection if it wants to attract some of Canada’s more discerning users. Melissa Lukezic, a native of Kitchener, Ontario, said she has friends who use the service but she’s never been interested in Netflix solely because it lacks in content.

“One of the most frustrating things about the service is that it shows you movies and TV available in the U.S., but then it tells you its not available in Canada,” Lukezic told VentureBeat. “Also, one of my favorite shows, It’s Always in Sunny in Philadelphia, has never been available and that’s held me back.”

Netflix is looking outside of North America for growth opportunities as well. Back in early July, Netflix said it will expand to 43 countries in Latin America and the Caribbean later in 2011. The company is also reportedly planning to expand its streaming video offering to two European countries in the first quarter of 2012.