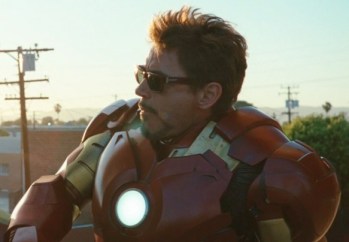 Update: Netflix has confirmed the deal, reports All Things Digital.
—

Slowly but surely, Netflix is beginning to resemble a premium TV network more than the disc rental company it started out as. Apparently, Netflix is in serious negotiations to pay nearly $1 billion for an exclusive five-year streaming deal with the young pay-TV network Epix, sources familiar with the situation tell the LA Times.

The arrangement would include films from Epix’s equity partners Paramount, Metro-Goldwyn-Mayer, and Lionsgate — giving Netflix subscribers streaming access to films like “Iron Man 2” and “The Expendables”.

Epix is currently only carried on smaller cable and satellite companies like Cox Communications and Dish Network. Its CEO, Mark Greenberg, recently said in an interview that he expects the channel to reach between 3 and 4 million TV subscribers.

Just last month, Netflix landed an exclusive deal with Relativity Media to stream its films several months after their DVD release — what’s known as the “pay TV” window. Netflix is still trying to determine when subscribers would be able to stream Epix’s films, but according to one source it would be some time after Epix starts airing them (during the pay TV window).

As I wrote previously, Netflix’s growing content agreements could permanently shift the landscape between studios and premium TV networks — particularly since those networks are gearing up to renegotiate their deals with studios around 2015. In 2008, Netflix signed a three-year deal with Starz to bring much of its content — including films from Sony Pictures and Walt Disney — to its streaming service. The Relativity and Epix deals are the next logical steps for Netflix.

If the Epix deal goes through, it would be a win for everyone. Netflix would get a ton of new content, which would make its subscribers even happier. And Epix would get nearly $1 billion and many more eyes on its content. With a subscriber base of 13 million, Netflix is larger than Starz, and on-par with Showtime. By the end of the year, Netflix expects to have 15 million subscribers.