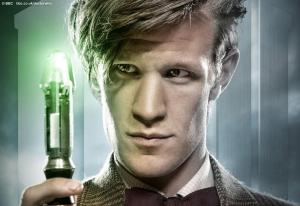 Netflix is putting the finishing touches on new film and TV licensing deals and launching an ad campaign this week for its streaming video service in the UK. The actual launch date for the service is still unknown.

The newest UK streaming agreements are with heavy-hitters Sony, Disney, Paramout, iTV and Channel 4, the Guardian is reporting. Netflix is launching an advertising campaign in the UK this week to build excitement among potential subscribers.

Good licensing deals are essential if Calif.-based Netflix wants to succeed in the UK. It’s going up against rivals such as Amazon’s LoveFilm, which recently announced it’s adding streaming access to BBC and iTV shows. Other competitors include BSkyB and Blinkbox. Netflix CEO Reed Hastings has acknowledged that it could take more than two years to make the UK expansion profitable, and the amount of money required to get quality content may be a big reason why.

The jump across the pond was first announced in October, and in December Netflix announced an agreement with BBC Worldwide to add popular British shows such as Torchwood, Spooks, Doctor Who, Little Britain and Sherlock. Netflix already has UK agreements with film studios MGM, Miramax and Lionsgate.