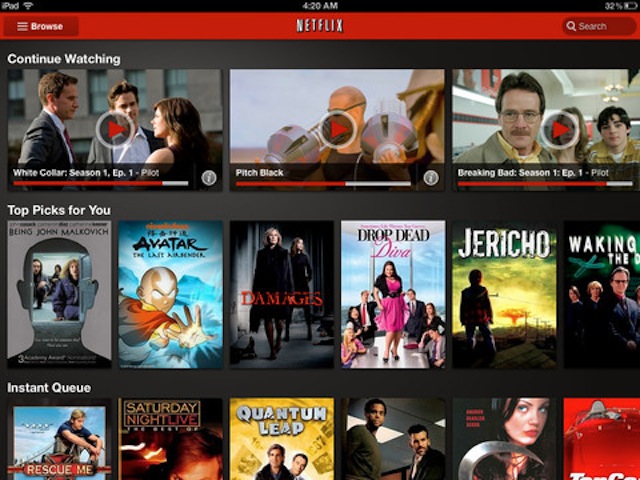 Netflix released a long overdue update for its iPad and iPhone applications today.

The update features the gorgeous new user interface that first debuted in Netflix’s Android and Kindle Fire apps. The redesigned interface displays twice as many titles on the video browsing screen than the previous iteration. The artwork for each movie and/or television series is also much larger than in the old version. However, this doesn’t prevent you from navigating through titles. It looks a lot like what you’d see on Netflix with a web browser, but it works far better on a touch screen.

The biggest change is probably the horizontal row of videos that you’re in the middle of watching but haven’t finished. The familiar “play” button is feature on each of the “Continue Watching” program thumbnails as well as the placeholder for how much of the video you’ve completed (pictured above).

With version 2.0 of its iOS apps, Netflix has also made them available to its international markets. Netflix subscribers in Latin America will now have access to all the same interface tweaks as their U.S. counterparts.