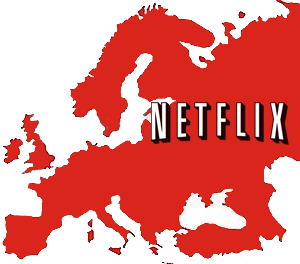 Netflix is planning to expand its online video service into two European countries in the first quarter of 2012, reports Variety.

Top film distributors in Europe stated that Netflix recently closed deals to offer its service in both Spain and the United Kingdom, according to the report.

Netflix was unavailable for comment about entering into Europe. However, this wouldn’t be the first time it set up shop in another country. The company entered Canada in September 2010 and recently announced plans to enter 43 countries in Latin America and the Caribbean by the end of 2011.

None of the confirmed international markets will offer Netflix’s DVD/Blu-ray disc rental-by-mail subscriptions, which are available only to U.S. customers. While news of the company entering Europe hasn’t been confirmed, it’s likely the company will follow suit and only offer streaming plans.

Netflix probably chose Spain and the U.K. as its first two European markets to test the waters before launching its streaming service across the entire continent.

Spain is known for being a hotbed for digital piracy, which makes it a good candidate for Netflix. The company has often been referred to as an attractive alternative to illegal streaming and downloading because of its relatively low subscription cost and enormous library of content. Also, unlike illegal streaming websites, the company can offer a quality video stream with few service interruptions.

The UK is quite the opposite. The British government provides a free streaming video of public programming through the BBC iPlayer — meaning streaming video is popular among consumers. The iPlayer isn’t a true competitor to Netflix’s Watch Instantly streaming service, but there is no shortage of competition. If Netflix does enter the U.K. market, it will be going up against Amazon-owned LoveFilm and News Corp.’s BSkyB streaming service.

That said, Netflix’s current library of content (as well as partnerships between media companies who own the rights to that content) will translate much easier to a U.K. audience than it will in Spain. It’s unknown if the  licensing from the company’s U.S. and Canadian content library will carry over.

The news of Netflix entering Europe makes sense since the company wants to derive the majority of its revenue through streaming subscriptions. It’s also trying to transition the U.S. market away from the DVD-by-mail subscriptions, since shipping costs eat into profits.

Netflix is understandably slower to enter Europe because operating costs in those countries are likely to be far larger than in the America region. The move also jibes with past comments made by Netflix CEO Reed Hastings.

“We think the international opportunities for us to build profitable businesses may be quite large, but the rapid expansion will lower global operating margins as long as there are additional markets in which we can wisely invest,” Hastings wrote in response to the company’s long-term future growth back in December 2010.