Netflix addressed concerns today that it was automatically cropping some of its movies to better fit widescreen displays.

Tumblr blog What Netflix Does first started collecting screenshots of movies on Netflix and comparing them with a near identical screen shot of the original film in its full 2.39:1 anamorphic version. While the cropped version of a film fills your entire TV screen, rather than leaving black bars on the top and bottom, it’s far from the director’s original framing.

As you can see from the images below, a portion of the scenes are often cut out entirely. (Note: The cropped version is the bottom image.) However, cropped versions of a film come from the studios and not Netflix itself, Netflix claims.

“We do not crop. We want to offer the best picture and provide the original aspect ratio of any title on Netflix,” Netflix director of corporate communications told VentureBeat. “However, unfortunately our quality controls sometimes fail and we end up offering the wrong version of a title. When we discover this error, we replace that title as soon as possible.” 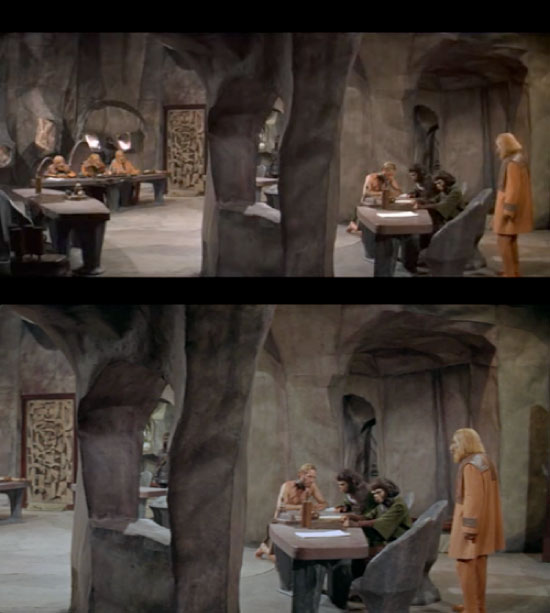 VentureBeat national editor and huge movie buff Devindra Hardawar points out that studios often release cropped versions of these movies for viewing in special scenarios, like tiny screens on airplanes.

Fortunately, Netflix is trying to do something about it whenever it realizes it has a cropped movie. Others have complained for years that premium TV channels like HBO also feature cropped versions of films — so it’s not as if Netflix is the only video service where you’ll find this happening.

We’ll keep an eye on this story to see if Netflix is fixing cropped titles as promised.