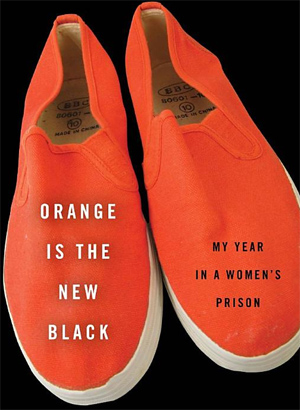 Netflix is in talks to launch a second original series, titled Orange is the New Black, which is a comedy about life in a women’s prison from Weeds creator Jenji Kohan, according to a Bloomberg report.

Lately, streaming services like Netflix are getting their hands dirty with creating shows rather than just streaming them. The original content is necessary to compete with premium cable channels like HBO and Showtime. Netflix dipped its toes into the original series fray last week with the debut of Lilyhammer, a Steven Van Zandt drama about a New York City mobster. Streaming competitor Hulu also recently debuted its first scripted series, called Battleground, about a fictional politician’s run for U.S. Senate.

Orange is the New Black, the second series Netflix has decided to finance, is based on a memoir by Piper Kerman, about the year she spent in a minimum-security women’s prison for drug-related charges. With that in mind, it makes sense that the show is being developed by the creator of Weeds, another comedy TV show about drugs and wily characters.

In the realm of original content, Netflix is also resurrecting the cult-hit comedy Arrested Development by financing new episodes as well as the original drama starring Kevin Spacey called “House of Cards”.