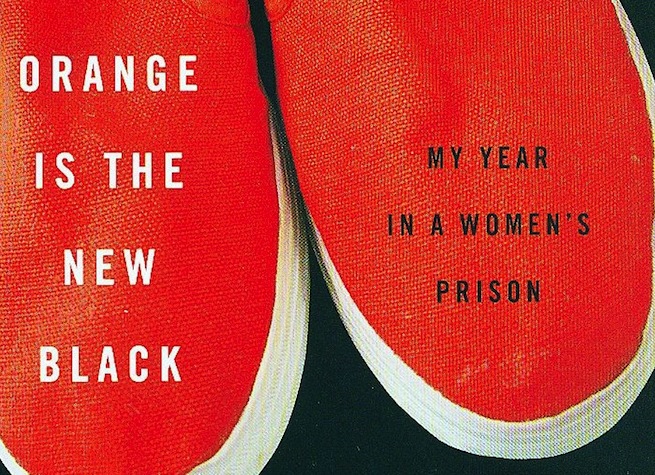 Hungry for more original programming from streaming video service Netflix? Well, the company has you covered this summer.

Today Netflix announced that the entire 13-episode first season of Orange is the New Black will debut on the streaming service July 11 in all regions (U.S., Canada, the U.K., Ireland, Latin America, Brazil, and the Nordics).

Per Netflix’s description, the show itself “follows engaged Brooklynite Piper Chapman (Taylor Schilling), whose decade-old relationship with drug-runner Alex (Laura Prepon) results in her arrest and year-long detention in a federal penitentiary. To pay her debt to society, Piper must trade her comfortable New York life with fiance Larry (Jason Biggs) for an orange prison jumpsuit and a baffling prison culture where she is forced to question everything she believes and form unexpected new alliances with a group of eccentric and outspoken inmates.”

Orange is the New Black will feature a star-studded cast, including Kate Mulgrew (aka CAPTAIN JANEWAY, son!), Natasha Lyonne, Pablo Schreiber, Danielle Brooks, Laverne Cox, and Taryn Manning. It’s produced by Weeds creator Jenji Kohan, who also wrote the first and last episode of the season. Netflix has already pulled off the apparently successful debuts of House of Cards and Hemlock Grove (and the much-anticipated new season of Arrested Development is on the way in late May).

“With ‘Orange is the New Black,’ Jenji Kohan has created a dramatic yet deeply funny world populated with unforgettable characters and no-holds-barred humor set against the backdrop of a women’s prison,” Netflix chief content officer Ted Sarandos said in a statement. “Jenji is one of the most fearless voices in television and we are proud to share her uncompromising vision with Netflix members.”

Netflix recently reaffirmed its commitment to producing original content for the service last week, having outlined its view of TV’s future as well as the costs involved with producing quality content that people want to watch. The company also recently announced that it will bring a new original sci-fi show Sense8 to the service produced by the Matrix trilogy directors the Wachowskis and geek-favorite creator J. Michael Straczynski.