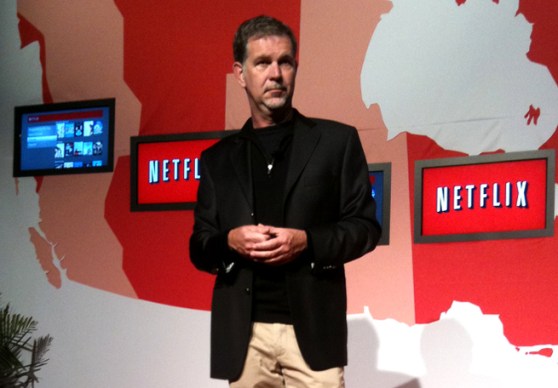 Netflix has unveiled the first details of a long-term strategy to shift towards using HTML5 for its web-based video playback.

Netflix, which owns about one third of the market for prime-time Web streaming video, far ahead of competitors like Amazon Prime and Hulu, currently uses Microsoft’s Silverlight plugin for video playback. That’s in contrast to many other video services, which use Adobe Flash, Apple Quicktime, or other services to play video within their web pages. However, Microsoft has announced plans to wind down Silverlight by 2021. That means Netflix — and anyone else relying on Silverlight — has eight years to find an alternative.

HTML5 is a promising, if somewhat half-cooked, alternative. The open web standard, while widely hyped, proved disappointing to many developers in 2012, failing to live up to expectations for cross-platform support, performance, and other issues. But while mobile consumers spend far more time in apps than in their mobile browsers, HTML5 still has potential as the underlying rendering framework used within apps. Also, developers like HTML5, as does the guy who invented the Web.

And fortunately for Netflix, HTML5-based solutions that meet Netflix’s requirements are in the pipeline. Chief among those requirements are the need for content encryption and copy restriction (aka digital rights management, or DRM), “a requirement for any premium subscription video service,” the Netflix blog post drily notes. The W3C’s Encrypted Media Extensions specification provides just that support, Netflix says. In addition, the Web Cryptography API (also from the W3C) gives Netflix programming tools for encrypting and decrypting data, and for digitally signing content and verifying customers’ identities, which are also needed for the delivery of DRM-restricted video.

Finally, the W3C’s Media Source Extensions specification gives Netflix the ability to embed a video player in a web page, via the <video> tag, and also to control how to deliver audio and video to that player via its HTTP servers and content delivery network. It also gives Netflix the ability to switch to different servers in case one goes down, and to control the playback in various ways using JavaScript, which gives it flexibility to experiment.

“In addition, this allows us to implement our industry-leading adaptive streaming algorithms (real-time selection of audio/video bitrates based on available bandwidth and other factors) in our JavaScript code,” the blog post states.

These three key specifications aren’t completely baked yet, nor are they usable in most browsers, which is why Netflix isn’t quite ready to jump fully into the HTML5 pool. (Nor does it have to, given the long, eight-year sunset period for Silverlight.) Instead, it’s dipping its toes in the water, working with Google to implement support for its HTML5 player starting with the Chrome browser on Samsung’s ARM-based Chromebook.