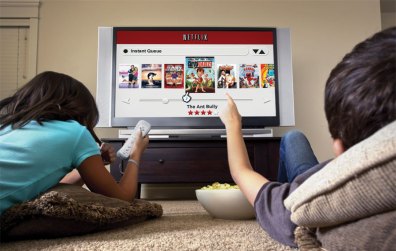 Nintendo announced today that Wii owners can now watch Netflix streaming video without the need for a Watch Instantly disc.

Instead, Wii owners can download the free Netflix application from the Wii Shop Channel, and install the service directly on to their Wii Menu home screens. Nintendo also announced that more than 3 million Wii owners have already connected to Netflix — a number that will surely rise quickly thanks to the disc-free option.

The news follows Sony’s announcement last week that the Playstation 3 will also no longer require a disc to play Netflix streaming content. The new PS3 Netflix app, which is the first to bring 1080p high-definition video and Dolby 5.1 surround sound to the service, is available starting today. Many think that both consoles were forced to use the discs initially for streaming access because of an exclusivity deal between Netflix and Microsoft, which offered the service built in to the Xbox 360 since late 2008.

While the Wii’s Netflix experience is now more convenient for users, it’s still lagging behind other Netflix streaming offerings in terms of features. The Wii doesn’t output high-definition, for example, so viewers won’t be able to watch HD Netflix videos.