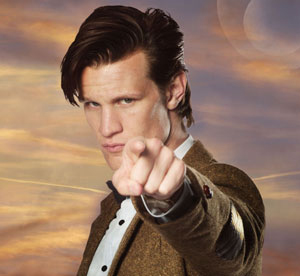 Netflix will launch its popular streaming TV and movie service in the U.K. and Ireland in the first months of 2012, the company announced today.

Netflix has had a turbulent past few months with a price hike that angered users and a botched plan to move physical DVD rentals to a site called Qwikster. But even with its shortcomings, the service has been trying to rapidly expand its presence outside of North America. This year, the company launched its service in 43 Latin American countries and the Caribbean and it has plans in place to launch in Spain in Jan. 2012.

Along with Spain, Netflix’s introduction in the U.K. and Ireland will be important to helping the company get recognition in Europe so that it can later extend into other European markets. British TV shows like Doctor Who (pictured), Sherlock, Being Human, Merlin and Skins are available for streaming on the American version of Netflix, but we’re sure many U.K. and Ireland-based folks will be happy to have access as well.

Netflix may have felt some urgency to announce its product for the U.K. and Ireland because another streaming TV and movie service called Vdio may be launching there soon. Vdio comes from one of the founders of Skype and Rdio, and while it has collected just $5.6 million in startup funding, it could feasibly start small in the U.K., get more VC funding, and then move to other countries. YouTube also recently announced that its U.K. users could rent movies from its service for £2.49 or £3.49 a piece.

Users in the U.K. and Ireland who want to know the precise day the service goes live can go to www.netflix.com and sign up for a notification.

Will you sign up for Netflix when it comes to your country?