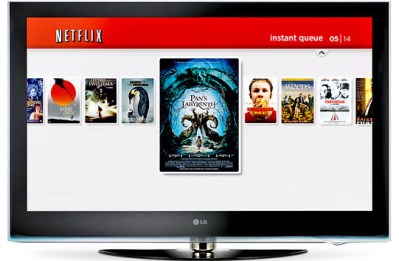 Netflix’s streaming video service was first released in 2007 with support just for Windows PCs. It quickly gained popularity as it landed on popular devices like the Xbox 360 console in 2008 (and the PS3 and Wii more recently), and certain Blu-ray players and TVs. Netflix partnered with the media streaming company Roku to create the Roku Box in 2008 — a $99 device built specifically for delivering Netflix streaming video to TVs. The company has also focused heavily on expanding its streaming library — it recently landed deals with Relativity Media and the pay-TV network Epix to stream titles from high-profile studios.

Clearly, Netflix’s streaming pursuit was prescient. Now with Google TV, and the rumors that Apple is cooking up a streaming video offering on the new Apple TV (which may be called iTV), streaming media is one of the topics in tech right now.

But despite the popularity of Netflix’s streaming service, Apple managed to avoid making it available on its Apple TV. Many argued that it didn’t want to cut into its iTunes rentals and sales — but now that Netflix access is practically ubiquitous in the living room, Apple needs to support it to remain competitive. (I personally have three separate devices in my living room with Netflix access.)

That we’re hearing this news so close to Apple’s event is a good sign we’ll finally see the new Apple TV at the event. I just hope that this time around, it doesn’t ignore the Apple TV as mere hobby.