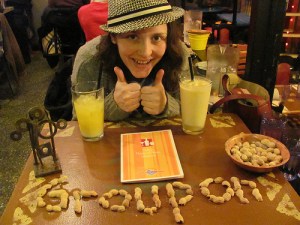 Hot off the heels of an oft-criticized $700 million acquisition of flight-data provider ITA, search giant Google might now end up purchasing daily-deal provider Groupon for $5.3 billion, according to a report by AllThingsD. That comes just after reports of a buyout of the site for a mere $2.5 billion — less than half of what the latest reports indicate.

The daily-deal space has exploded thanks to sites like LivingSocial and Groupon. Both Groupon and LivingSocial, as well as a host of imitators, now offer deeply discounted offers for services, meals, and group activities from local merchants who have previously struggled to reach new customers online.

Rather than relying on algorithms or some new sophisticated technology like most startups focus on, daily deal sites have grown swiftly as a result of a more human-centered approach. Local merchants that pair with city planners and writers who curate deals and market them with old-fashioned if well-written emails have ended up handling a bulk of the promotion.

Groupon is the largest, and most well-known, daily deal site on the Web. It was valued at over $1 billion following a large round of funding in April. A report by the New York Times indicated the Google-Groupon deal could be worth as much as $6 billion.

AllThingsD reported a few weeks ago that Google and Groupon were in talks, which sparked countless follow-up rumors. At the time, we argued that a Google buyout would be terrible for Groupon because the search giant lacks a human touch. The newest offer also follows reports that Yahoo tried to purchase Groupon for as much as $4 billion, after rumors from earlier this month that the deal site was after more funding that would value it at $3 billion.

As is the case with all deals, this one could fall apart before it sees the light of day. But the deal does make some sense, just like how Google’s $1.65 billion YouTube purchase makes more sense now than it did in 2006.

Purchasing Groupon could easily pay off for Google down the line. Google is also poking around a bit in the online shopping space as well, after it recently launched fashion site Boutiques.com.