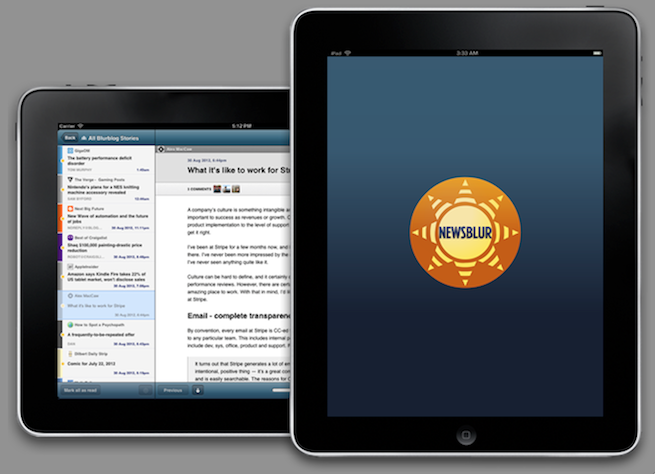 NewsBlur, a social newsreader that helps you find relevant news and features in the mass of digital content, has released its iPad app.

The Bay Area-based startup has a long road ahead if it plans to topple Google’s popular web-based news aggregator, and with this iPad release, to compete with Pulse, Flipboard and the like. But the timing may be just right.

Founder and chief executive, Samuel Clay, who recently graduated from accelerator program, Y Combinator, saw a golden opportunity when Google announced a somewhat flawed strategy to remove all the “social” features from Google Reader, including friending, following and shared link blogs, to support the expansion of Google+.

Clay figured people still wanted those social features, and he had a way to provide them. 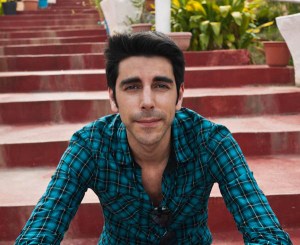 “You can subscribe to friends and people you admire on NewsBlur,” said Clay. “It’s all about sharing the news you read.”

On NewsBlur’s iPhone and iPad apps, you’re prompted to import your feed from Google Reader and then to subscribe to your extended friend network on Twitter and Facebook. For Clay, these social features are the basis of how we consume the news.

The service also lets you curate good reads for your “blurblog,” another strong social component. Friends can peruse your favorite stories on your blurblog and gauge your reactions to hot stories.

The core features of the new iPad app will also be available on the iPhone app. They include:

The web-based service and apps would benefit from a designer, but this is impressive considering that it’s been a one or two-man operation from the outset (Clay had a friend come on board this summer to assist with the development of the iPad app).

Clay told me he developed the first iteration of the product back in 2009 during the morning and evening train ride from Brooklyn to New York. During the 90-minute commute, he hacked a feed reader for his personal consumption. “I was working in the news space and was dissatisfied,” he told me. “Like any good hacker, I built my own.”

After quitting his day job to work on the product full-time, he was selected as a solo founder for Y Combinator — a rare feat. But no man is an island — Clay plans to raise a first round of funding in the coming months, which he’ll use to build a core team of developers and designers.

NewsBlur is available as a freemium product. Free users can read up to 64 feeds. Paying subscribers can add an unlimited number of feeds. For developers, NewsBlur offers an API and the source code is also available on Github.