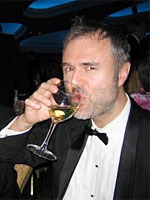 Founder Nick Denton has been talking about Gawker Media’s move away from the standard blog format for a while now. Today he published a long post explaining the thinking behind the changes. You might even call the post a manifesto, if it wasn’t so clinical.

The basic idea behind the redesign — a layout with big images highlighting the day’s most important stories, while the old-fashioned, reverse-chronological news stream runs along the side — is no surprise. In fact, it has been viewable on a test website for months. And it’s pretty obvious that this gives Gawker’s blogs (including Gizmodo, Lifehacker, and of course Gawker itself) a way to highlight their hottest stories, rather than whatever is newest.

To explain the change, Denton offered an example from Gizmodo’s biggest story, when it ran photos of the then-secret iPhone 4 (which Gizmodo purchased from someone who found the phone in a bar):

In order to keep video of the iPhone prototype at the top of the reverse chronological flow, Gizmodo actually stopped publishing for several hours. How ridiculous! In any sane medium, a story as powerful as that, one which was drawing more than 90% of the site’s traffic, would be given commensurate real estate; and it wouldn’t require a hack to keep the item prominent. Hence the splash story; now we can finally create front pages that match the visual impact of a tabloid wood or magazine cover; and we can leave them up as long as they’re generating interest.

(We’ve never had a story quite as insanely popular as the iPhone 4 post, but we struggle with similar issues at VentureBeat around our own scoops, which is why we’ve added our own box of highlighted stories.)

Denton is big on the importance of scoops, but at the same time he acknowledges the necessity of running smaller stories that comment on or just point to coverage elsewhere. Those stories will be de-emphasized in the new layout, and Denton hints that he might restructure Gawker’s editorial staff to reflect the division between different kinds of bloggers: “the curator or editor; and the producer or scoopmonger.”

Beyond the magazine-style layout, Denton said Gawker’s sites will emulate TV and offer more regularly scheduled programming. For example, he said Lifehacker could designate a specific time on a specific day as its personal finance slot, and readers can reliably return to the site at that time to find new articles on that topic. That also creates more opportunities for advertisers — who might want to be the “exclusive” sponsor of a certain channel or type of programming, while also avoiding the more salacious Gawker content that they might not want to be associated with.

Denton’s post prompted caustic responses from his former employees. Former Gawker writer Alex Pareene pointed out that Denton’s blog post is exactly the kind of story that Denton would discourage from his writers: “long, wordy, and of interest only to a niche audience.” And former Gawker editor Choire Sicha (who co-founded his own site, The Awl) dismissed Denton’s strategy as “panic writers & have no ad sales dept.”