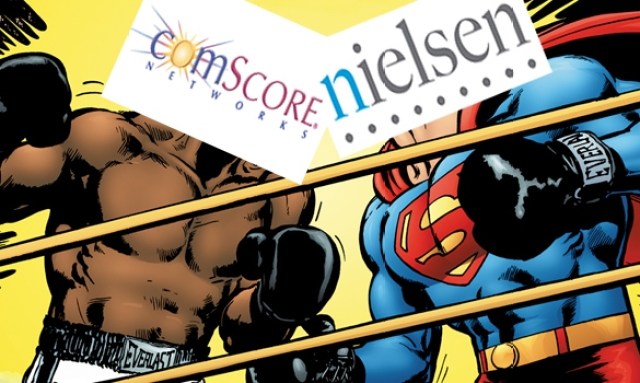 Nielsen and comScore, two of the largest research/ratings firms, have settled a dispute over measurement patents, the companies announced today in a joint statement.

Nielsen is best known for its television program ratings, which measure the size and demographic of an audience for specific shows. More recently, the company has branched off to include online measurement of content, display advertising, social interaction and more. It faces competition from online research firm comScore. In March, Nielsen sued comScore for infringing on five of its patents related to measuring and displaying online content. comScore then counter-sued on the basis that Nielsen was violating some of its patents. The situation is very similar to the current patent disputes between Samsung and Apple over mobile devices.

The settlement is a good thing for both companies because patent disputes are costly and time-consuming.

As part of the settlement, both companies will enter into a cross-licensing agreement. For comScore, the settlement gives the firm ownership of four Nielsen patents that it was accused of violating in March. Nielsen will still have worldwide licenses on those patents, which means it can continue using them without fear of more patent infringement accusations. Both companies also agreed to defer any further patent disputes in court for the next three years.

The settlement also gives Nielsen $19 million in comScore restricted common stock with neutral voting requirements, which it can’t sell for at least one year. This is particularly interesting because it ties the two companies together. Any further patent litigation would be counterproductive for both Nielsen and comScore.