Nokia today is announcing that it is now accepting pre-orders for its Ozo virtual reality camera, with the first shipments coming in the first quarter of 2016. The cost: $60,000.

At an event in Los Angeles today, the company is holding an elaborate demonstration of the camera’s ability to broadcast live footage in 3D and 360 degrees. Rock band Best Coast will be performing at Capitol Records nearby, and people attending the publicity event will watch footage from the device as it is stitched together in real time.

The price tag proves that the device will be initially aimed at major media companies and content producers. But over time, Nokia Technologies, the Nokia research and development unit behind the Ozo system, might well be providing hardware to people with less money to spend.

“What is the virtual reality equivalent of the Canon 5D camera?” asked Ramzi Haidamus, president of Nokia Technologies, in an interview with VentureBeat at today’s event. That category, for “prosumers,” as he said, could well become a target for the company within three to five years.

Over time, in addition to making a “prosumer” model, Nokia will come out with new versions of the camera in response to the needs of its users, Haidamus said, adding that software updates will become available more frequently than hardware updates. Nokia Technologies will not ever produce headsets for consumers, and it won’t get into the content distribution business, either.

Nokia also wants to provide Ozo cameras to companies that can rent them out to people who want to make virtual reality video but don’t have the money to buy the cameras outright, Haidamus said.

The Ozo camera was first unveiled in July. The device calls on eight 2Kx2K shutter sensors and eight microphones in order to produce stereoscopic video.

Other companies, including GoPro (with help from Google), make multi-camera rigs that can produce 360-degree video. Virtual reality startups like Jaunt, Lytro, and Vrse employ their own cameras. But the points of distinction with Ozo are its 3D, 360-degree live capability and its ability to show content producers their footage as it is captured. 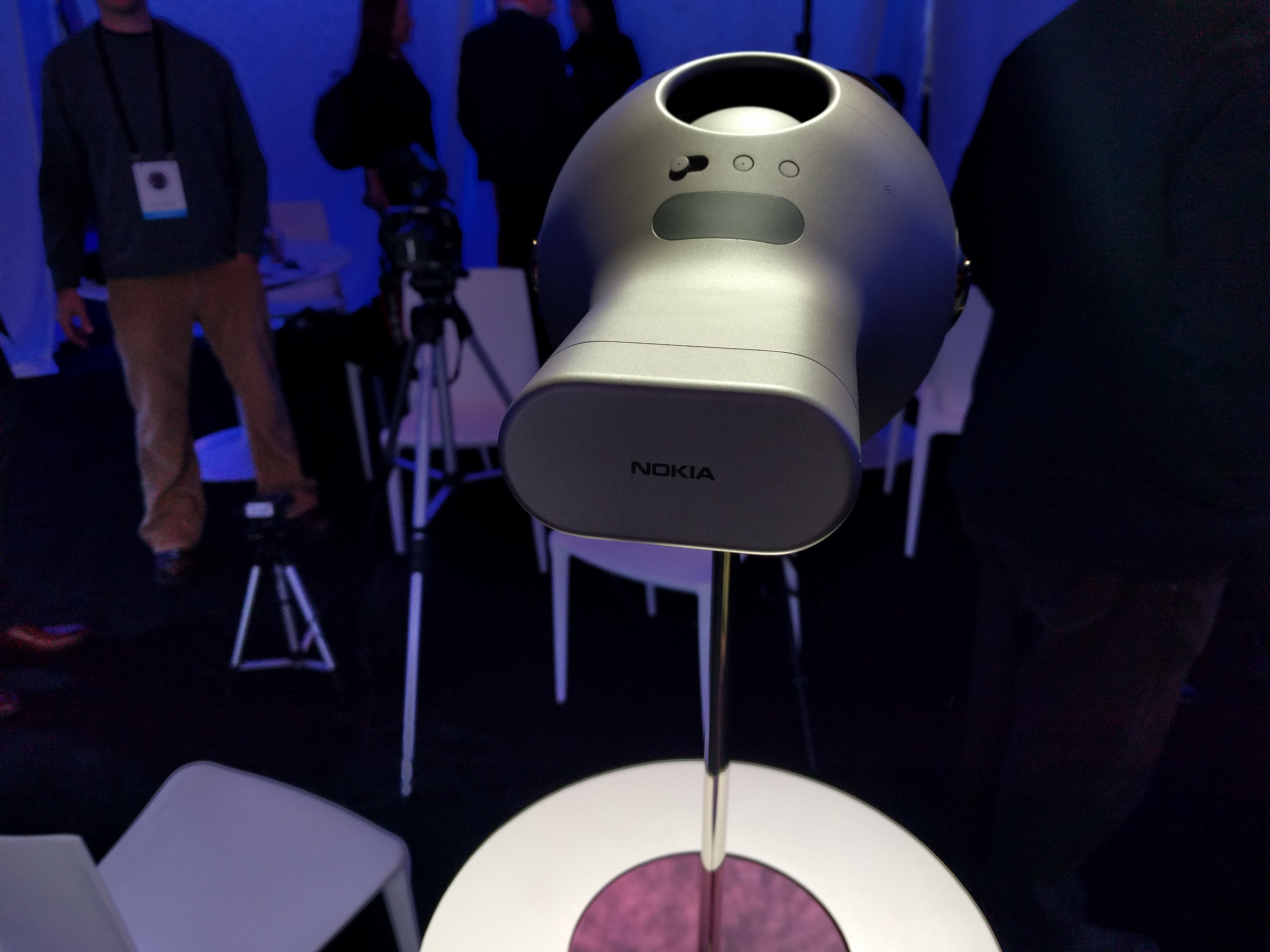 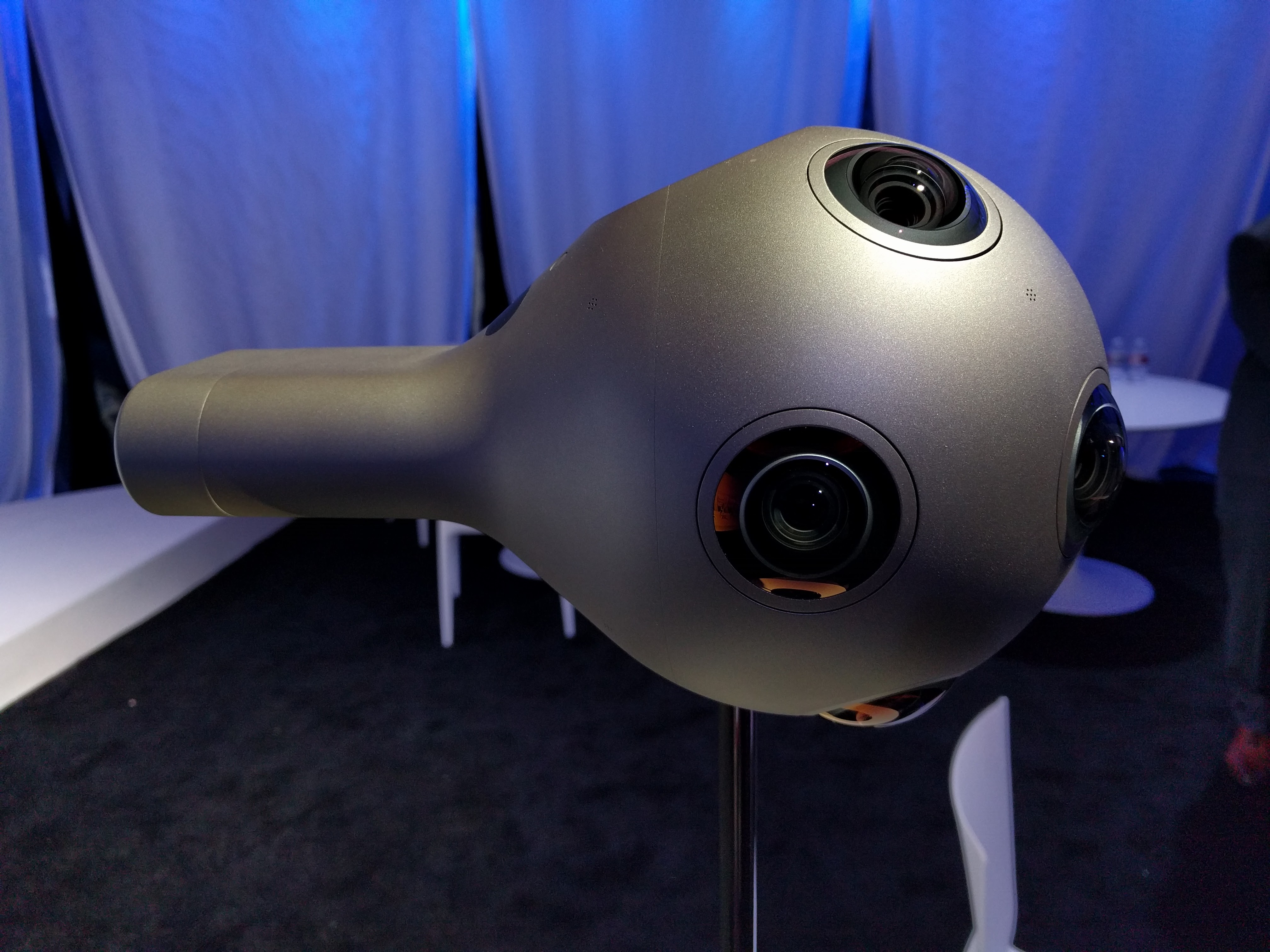 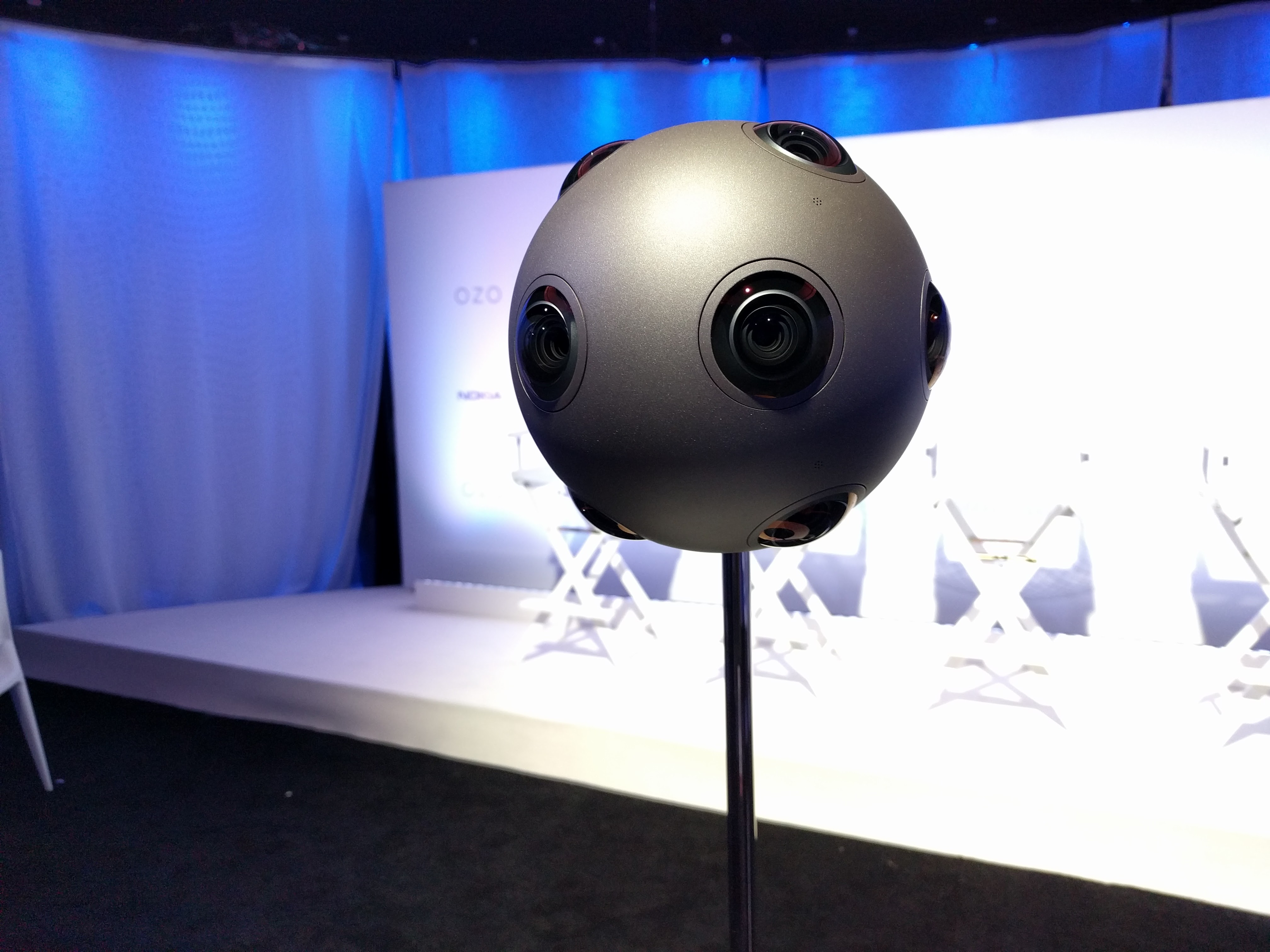 In launching Ozo, Nokia Technologies is citing a bunch of partners, including Akamai, Amazon’s Elemental Technologies, Facebook’s Oculus, HTC, and Samsung. Futurist Ted Schilowitz of 20th Century Fox has offered his perspective on the initiative.

“We are in current discussion with every major studio,” Haidamus said.

Over time, Nokia wants to incorporate more advanced technology into Ozo, such that it will be able to do more than just record what’s around it.

“The future of this camera is to start doing object recognition and marry that recognition with augmented reality, so you take the data that will be available on the Internet and you marry it with what [was] recognized,” Haidamus said.

The camera is made of milled aluminum alloy and weighs 9.3 pounds with its lithium-ion battery, according to a spec sheet for the device. It consumes 30 watts of power when recording and has no fans. The eight-camera shutters have an f/2.4 aperture.