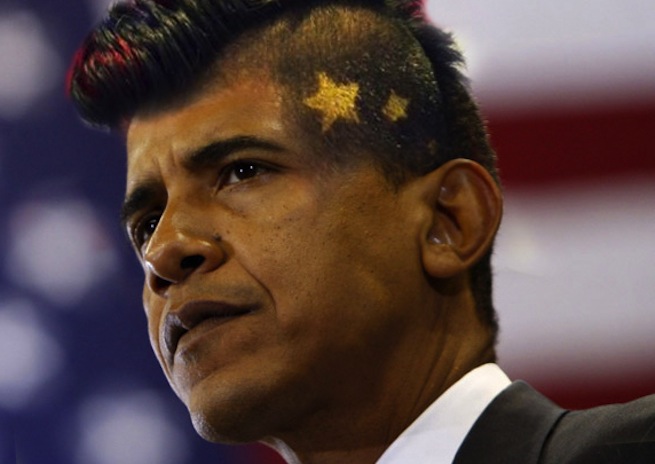 We’re not going to apologize for this: When President Obama muses about getting his own mohawk inspired by Bobak Ferdowsi of NASA’s Jet Propulsion Lab (JPL), you’re going to get another post about the landing on Mars.

“I understand there’s a special mohawk guy who’s working on the mission?” said President Obama in his call to JPL, “You know, I, in the past, have thought about getting a mohawk myself. My team keeps on discouraging me. Now that he’s received marriage proposals and thousands of Twitter followers, I’m going to go back to my team and see if it makes sense.”

Last week, JPL successfully landed a rover on Mars called Curiosity. Right after the landing, memes about Ferdowsi’s head spread across the Internet. You can’t blame Obama for wanting a little bit of that action in an election year. Mashable notes one Twitter user, @Darth, already created a Mohawk meme for the POTUS himself, which you can see above.

This was Obama’s second congratulations to the JPL team, after issuing a statement the day of landing. The President expects this mission is a precursor to an “even more audacious undertaking,” otherwise known as sending a human to Mars. He also thanked a number of countries — including Spain, Russian, Germany, France, Canada, Italy, Japan, and Australia — that helped the U.S. send Curiosity to Mars.

“If, in fact, you do make contact with Martians, please let me know right away,” Obama concluded. “Because I’ve got a lot of other things on my plate, but I suspect that that will go to the top of the list!”

Check out the video of JPL on the call with the President: