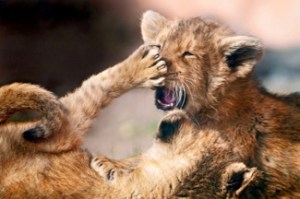 Updated with response from the pro-SOPA lobby

The Obama administration issued a statement earlier today saying that it supports a serious legislative response to piracy problems but will not support legislation that reduces freedom of expression, increases cybersecurity risk or undermines “the dynamic innovative global Internet.”

While the statement did not mention the much debated Stop Online Piracy Act (SOPA) by name, it was clearly intended to respond to the furious debate around it — and to take a sensible middle road. The move suggests the White House is trying to forge a delicate balance between large media interests (think Hollywood) and innovative companies that are trying to aggregate or otherwise point to information in a useful, progressive way (think Silicon Valley).

[Update: Indeed, three of the main industry supporters behind SOPA issued a response to the White House statement, saying it points the way to compromise. “So now it is time to stop the obstruction and move forward on legislation,” said the statement, issued by the Motion Picture Association (MPAA), the Recording Industry Association of America (RIAA) and the U.S. Chamber of Commerce. The group sent the statement to VentureBeat. The statement also cited moves by Rep. Chairman Lamar Smith (R-Texas) in the House, and Sen. Patrick Leahy (D-Vermont) in the Senate to remove some of the most austere provisions from the legislation (see more on this below), as evidence that a compromise had been been reached, and that it “clears the way  for action on these important bills.”]

However, the statement comes after SOPA’s biggest backers, Rep. Chairman Lamar Smith (R-Texas) in the House, and Sen. Patrick Leahy (D-Vermont) in the Senate (which is debating SOPA’s sister bill, the Protect IP Act), already have backed away from one of the most controversial measures from their legislation. This measure centered around Domain Name System (DNS) and basically would give any party a particularly powerful way to seek court orders to block websites associated with infringing, pirating or counterfeiting intellectual property. Under this method of blocking a website under SOPA — which Smith and Leahy apparently intend to remove — the bill would have called for Internet service providers (like Comcast, AT&T and Verizon FiOS) to block any offending site’s DNS record, which would prevent people from visiting the site. That’s considered by opponents to be particularly draconian, considering copyright and fair use are often contested issues, and a Web site can sometimes be a company’s main means for survival (think Google). Short of the DNS blocking, there are other tough ways to punish web sites (de-indexing sites from search results, etc), and these are apparently still not ruled out.

The DNS issue was one of the main points targeted for criticism by the White House statement: “Proposed laws must not tamper with the technical architecture of the Internet through manipulation of the Domain Name System (DNS), a foundation of Internet security,” the statement says. “Our analysis of the DNS filtering provisions in some proposed legislation suggests that they pose a real risk to cybersecurity and yet leave contraband goods and services accessible online.”

The White House statement continued beyond the DNS issue, however. It said it is also opposed to “overly broad private rights of action that could encourage unjustified litigation that could discourage startup businesses and innovative firms from growing.” It said it would support legislation that is “narrowly targeted only at sites beyond the reach of current U.S. law, cover activity clearly prohibited under existing U.S. laws, and be effectively tailored, with strong due process and focused on criminal activity.”

In other words, the White House seems intent on striking a balance between two competing constituencies, Hollywood and Silicon Valley. Both of them have supported Obama, and they have very opposed interests. Big media companies, including big record companies and Hollywood film studios, want a hardline to protect copyright, so that they can make more money from their content, and have supported both the House and the Senate Bills. Tech companies such as Google, Facebook, Yahoo and others, however, oppose SOPA legislation, warning in a Nov. 15 letter that it would force new burdensome mandates on law-abiding technology companies: “We are concerned that these measures pose a serious risk to our industry’s continued track record of innovation and job-creation, as well as to our nation’s cybersecurity,” the letter stated. One example of a typical Silicon Valley screed is found in this interview with tech publisher Tim O’Reilly.

Without the DNS provision, SOPA now looks a great deal more like the OPEN Act, a bill introduced by Rep. Darrell Issa (R-Calif.) and Sen. Ron Wyden (D-Ore.), according to CNET. That bill was designed to be an alternative to SOPA. OPEN may get more support now, given that Majority Leader Eric Cantor has promised not to bring the bill to the floor without consensus. And also yesterday, six Republican senators have asked Majority Leader Harry Reid to postpone a vote on Pro IP, also known as PIPA, CNET and others reported.

Here’s the text of the White House statement:

Combating Online Piracy while Protecting an Open and Innovative Internet

Thanks for taking the time to sign this petition. Both your words and actions illustrate the importance of maintaining an open and democratic Internet.

Right now, Congress is debating a few pieces of legislation concerning the very real issue of online piracy, including the Stop Online Piracy Act (SOPA), the PROTECT IP Act and the Online Protection and Digital ENforcement Act (OPEN). We want to take this opportunity to tell you what the Administration will support—and what we will not support. Any effective legislation should reflect a wide range of stakeholders, including everyone from content creators to the engineers that build and maintain the infrastructure of the Internet.

While we believe that online piracy by foreign websites is a serious problem that requires a serious legislative response, we will not support legislation that reduces freedom of expression, increases cybersecurity risk, or undermines the dynamic, innovative global Internet.

Any effort to combat online piracy must guard against the risk of online censorship of lawful activity and must not inhibit innovation by our dynamic businesses large and small. Across the globe, the openness of the Internet is increasingly central to innovation in business, government, and society and it must be protected. To minimize this risk, new legislation must be narrowly targeted only at sites beyond the reach of current U.S. law, cover activity clearly prohibited under existing U.S. laws, and be effectively tailored, with strong due process and focused on criminal activity. Any provision covering Internet intermediaries such as online advertising networks, payment processors, or search engines must be transparent and designed to prevent overly broad private rights of action that could encourage unjustified litigation that could discourage startup businesses and innovative firms from growing.

We must avoid creating new cybersecurity risks or disrupting the underlying architecture of the Internet. Proposed laws must not tamper with the technical architecture of the Internet through manipulation of the Domain Name System (DNS), a foundation of Internet security. Our analysis of the DNS filtering provisions in some proposed legislation suggests that they pose a real risk to cybersecurity and yet leave contraband goods and services accessible online. We must avoid legislation that drives users to dangerous, unreliable DNS servers and puts next-generation security policies, such as the deployment of DNSSEC, at risk.

Let us be clear—online piracy is a real problem that harms the American economy, and threatens jobs for significant numbers of middle class workers and hurts some of our nation’s most creative and innovative companies and entrepreneurs.  It harms everyone from struggling artists to production crews, and from startup social media companies to large movie studios. While we are strongly committed to the vigorous enforcement of intellectual property rights, existing tools are not strong enough to root out the worst online pirates beyond our borders. That is why the Administration calls on all sides to work together to pass sound legislation this year that provides prosecutors and rights holders new legal tools to combat online piracy originating beyond U.S. borders while staying true to the principles outlined above in this response.  We should never let criminals hide behind a hollow embrace of legitimate American values.

This is not just a matter for legislation. We expect and encourage all private parties, including both content creators and Internet platform providers working together, to adopt voluntary measures and best practices to reduce online piracy.

So, rather than just look at how legislation can be stopped, ask yourself: Where do we go from here? Don’t limit your opinion to what’s the wrong thing to do, ask yourself what’s right. Already, many of members of Congress are asking for public input around the issue. We are paying close attention to those opportunities, as well as to public input to the Administration. The organizer of this petition and a random sample of the signers will be invited to a conference call to discuss this issue further with Administration officials and soon after that, we will host an online event to get more input and answer your questions. Details on that will follow in the coming days.

Washington needs to hear your best ideas about how to clamp down on rogue websites and other criminals who make money off the creative efforts of American artists and rights holders. We should all be committed to working with all interested constituencies to develop new legal tools to protect global intellectual property rights without jeopardizing the openness of the Internet. Our hope is that you will bring enthusiasm and know-how to this important challenge.

Moving forward, we will continue to work with Congress on a bipartisan basis on legislation that provides new tools needed in the global fight against piracy and counterfeiting, while vigorously defending an open Internet based on the values of free expression, privacy, security and innovation. Again, thank you for taking the time to participate in this important process. We hope you’ll continue to be part of it.

Aneesh Chopra is the U.S. Chief Technology Officer and Assistant to the President and Associate Director for Technology at the Office of Science and Technology Policy