We all love the great images and special effects in our favorite films, video games, and animated TV shows. But it’s still a pretty difficult and complex process to create these fanciful scenes that are better than real life. Hollywood studios can do it with colossal budgets, as can video game publishers with huge teams.

But Los Angeles-Based Otoy, which created software used to make special effects in Westworld and The Avengers, wants to enable everyday content creators to do it too. And so it has launched RNDR, which uses cloud, blockchain, and cryptocurrency technologies to marshal millions of unused PCs and their graphics capabilities to quickly render cool images for the everyday content creator. The goal is to take the cost, time, and labor out of the process by creating an economy for 3D assets, which could be rendered via the shared hardware, hosted in the cloud, and then sold and traded in a decentralized fashion.

Jules Urbach, CEO of Otoy (maker of the Octane graphics renderer), believes that blockchain can be useful in this collective rendering machine. Last fall, the company held an Initial Coin Offering for Render Token. It’s a blockchain-based currency that people can invest in, as it represents a distributed graphics processing unit (GPU) rendering network. Everyone with a computer can contribute the spare cycles to a collective rendering machine when their computers aren’t being used. Artists can submit their work to be rendered, and then these computers will get their job done. 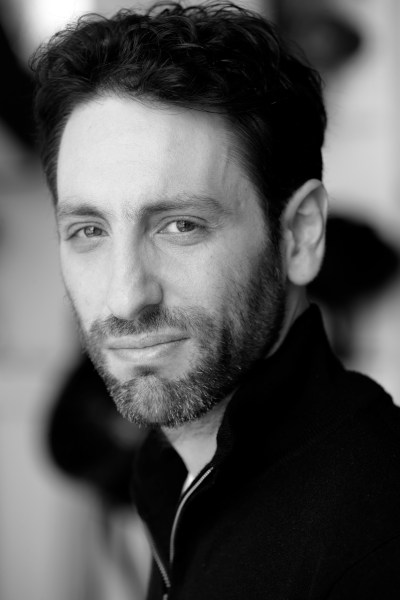 Back in the fall, Urbach said in an interview with GamesBeat, “Render is a way of solving a problem that I foresaw years ago. I had always imagined, five or 10 years down the line, that things would be getting built through Octane for rendering. The rendering power for that needed to be more than one person could provide or even a couple. And so I came up with a few ideas and patents around getting this to run through the millions of graphics cards that were out there.

RNDR is now available today to grant creators access to the largest graphics processing unit (GPU) cloud network in the world, from the comfort of their bedroom.

Above: Otoy and blockchain.

Otoy hopes that RNDR will help with filling the growing demand for the creation of virtual reality, augmented reality, mixed reality, and other complex graphics, and make these tools more accessible to the greater community of creators.

RNDR has officially launched Phase II of its platform to the public. By leveraging a distributed network of idle GPUs across its peer-to-peer network, RNDR makes it possible to scale rendering speed and simplify the transactional process of rendering and streaming 3D environments, models, and objects.

RNDR’s team and advisory board is comprised of notable players such as Hollywood director and producer J.J. Abrams, founder of Brave and Basic Attention Token Brendan Eich, and famed talent agent Ari Emanuel.

The network allows for any anonymous individual to lend their GPU to perform rendering tasks in exchange for RNDR tokens while providing as little information as a cryptocurrency wallet address.

“Currently less than 1 percent of the world’s GPU power is accessible to creators, leaving a huge gap of wasted idle computing power in addition to stifling innovation and prohibiting the creation of incredible complex graphics,” said Kalin Stoyanchev, head of blockchain/project lead of RNDR said in a statement. “Our goal is to have the demand covered with no expense in terms of hardware, allowing for accessible costs and the democratization of rendering resources and with today’s launch of the Render Network, we are taking a significant step toward providing access to exponentially more computing power, at a more affordable cost to creators, with the utmost security of their digital assets ownership.” 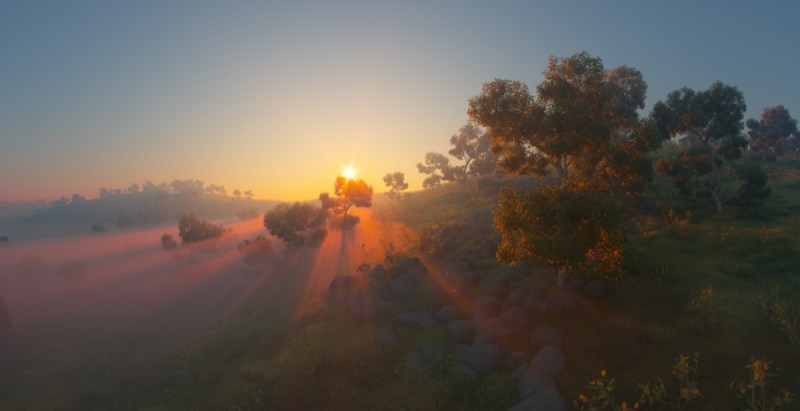 Above: Godrays. This is an animated rendering by Otoy.

Once a rendering job begins, a creator’s payment of RNDR tokens will be held in escrow until the job is completed, at which time tokens will be approved for withdrawal. Throughout the rendering process, users can watch the status of a job and updates of the render, such as scene previews, or maximize the preview mode to see better details in the image. As the job progresses, RNDR token usage increases, and once the job is complete, frames can be downloaded and the token transfer occurs.

Following today’s launch, RNDR’s next phase of development will be devoted to expanding its global partnerships and growing the platform to reach rendering-streaming through smart contracts and blockchain technology.