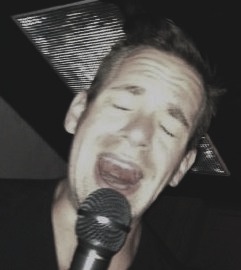 For 16 years, I’ve written about startups and the people who found them. I’ve even worked at startups for about half of my career as a reporter and editor — for the past year, at this startup called VentureBeat.

But I’ve never actually been part of a founding team.

It was with great surprise that I recently found in my email an offer to become the founding editor of a new media venture. (I knew it was coming, but despite my surface appearance of raging vanity, I remain astonished that people would actually want to work with someone who is quite possibly the most perplexing journalist in Silicon Valley.)

That led to a hard conversation with my longtime friend Matt Marshall, in which I confessed that this new thing — a thing I’m not yet ready to tell you about, save that it will be awesome — haunted my dreams the way I know VentureBeat haunts his. And that he’d managed to infect me with his founder bug.

So there you have it. I’m going to miss my cohorts, minions, and assorted hangers-on at VentureBeat, which I know is poised for further greatness. I’ll be watching it grow with more than a little wistfulness. But I won’t be a stranger: I’m staying in San Francisco and intend to take Ramona the Love Terrier back to visit her pals at 50 California Street as often as she lets me.

Matt is searching for someone brilliant and hilarious — “funtelligent” is the neologism we’re using — to lead VentureBeat’s editorial team to madcap glory. Drop a note if you think you’ve got what it takes. VentureBeat is also hiring writers and people on the business side.

Just watch out for that startup fever. I hear it’s catching.