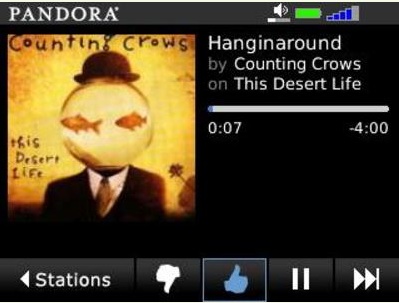 Pandora will begin trading publicly on the New York Stock Exchange (NYSE) Wednesday at an initial public offering price of around $16, giving the company an initial valuation of $2.6 billion.

Pandora on Tuesday night set the price for 14.7 million shares at $16 a share in its initial public offering, which will raise around $235 million. That’s up from the company’s original IPO pricing of between $7 and $9, which gave the company a valuation of $1.3 billion. LinkedIn also followed a similar strategy, ramping up its IPO pricing to increase its claimed valuation from $3 billion to $4 billion in less than two weeks.

Pandora will be another high-profile tech IPO on the NYSE and will join LinkedIn and Groupon —  which just filed to go public — as part of the first wave of Web 2.0 companies hitting the public trading market. LinkedIn performed well on its first day of trading, reaching a valuation near $9 billion. Its share prices have since fallen significantly and the company now has a market cap of around $6.8 billion.

Pandora runs an online service that lets its users pick genres, songs and musical groups and then builds a radio station that caters to that style of music. Listeners can access the service through a website or a desktop application. Pandora also has applications for the iPhone, Google’s Android mobile operating system and other mobile devices.

Advertising has accounted for more than 90 percent of the online radio service’s revenue for most of the site’s life, according to the filing. But revenue from Pandora’s subscriptions, which lets subscribers skip the advertisements that otherwise come on occasionally between songs, has been growing steadily. Subscription revenue now accounts for around 15 percent of the site’s total revenue as of the end of April.

The company filed to go public with the ticker “P” in February.

Companies like Facebook, Zynga and Pandora have seen ballooning valuations as investors have rushed to snatch up as many shares as possible ahead of what could be some of the most high-profile tech IPOs to date. Facebook, for example, was valued at $50 billion after its most recent round of funding, although it is trading at a higher price than that on secondary markets. Facebook has yet to file for IPO.