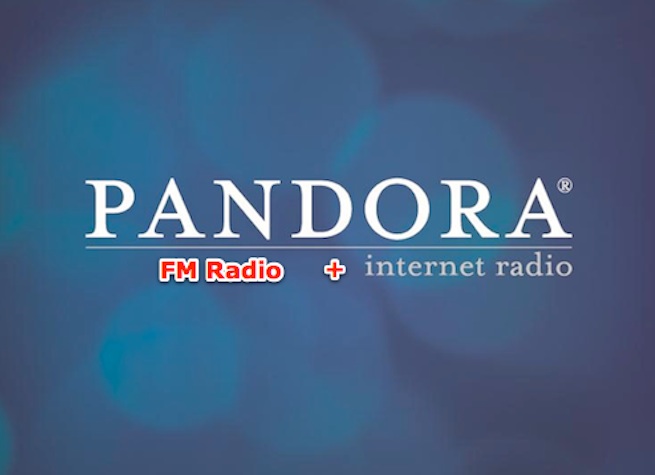 Just as Apple pulls the curtain back on its own streaming music service, Pandora is headed in the absolute opposite direction by buying a terrestrial (aka traditional) radio station.

It may sound like a crazy move, but the purchase actually makes sense for the popular online radio service.

Pandora assistant general counsel Christopher Harrison made the announcement in a guest post for The Hill yesterday. The company is buying KXMZ-FM located in Rapid City, South Dakota as a way to show how the American Society of Composers, Authors, and Publishers (ASCAP) is discriminating against Pandora and making it difficult to compete with others. Additionally, it’s filed a motion with a federal court over these ASCAP’s discriminatory actions.

Terrestrial radio stations have pretty much free rein on the music they can play, and under current licensing, they don’t get charged a performance licensing fee like digital and satellite music services. Over the last year Pandora has lobbied both Congress and the music industry to lower what the company feels are excessively high licensing fees that are preventing Pandora from turning a significant profit. Thus far, the music industry’s response has been to raise licensing fees for the rest of the radio companies to the same level that Pandora pays. (Right now satellite and cable TV providers with a music service pay lower licensing fees than digital services like Pandora. And again, terrestrial radio has no fees.)

Here’s a quote from Harrison’s post on why it’s buying an old school radio station:

“This acquisition allows us to qualify for the same RMLC license under the same terms as our competitors. While this might seem like an unexpected move for Pandora, it makes sense even beyond the licensing parity. Pandora excels in personalizing discovery and terrestrial radio is experienced in integrating with a local community. We look forward to broadcasting our personalized experience to the community in Rapid City, an area where over 42,000 residents already use Pandora. And we will apply Pandora’s insights about listening habits to program music that accurately reflects local listeners’ evolving tastes.”

Essentially, Pandora is trying to make the current rules work in its favor by actually becoming a terrestrial radio business. This is something I pointed out as a semi-serious option for Pandora back in November 2012 — albeit one that goes backwards in terms of innovation. Still, the move makes a bit more sense when you consider what Pandora’s core business strategy is: local audio advertising. And do you know who’s really good at selling local audio advertising? Terrestrial radio.

The purchase was clearly done to show the absurdity of U.S. music licensing laws, but it really wouldn’t surprise me if Pandora decides to gobble up a few more old-school radio stations while it waits for some serious changes to happen.