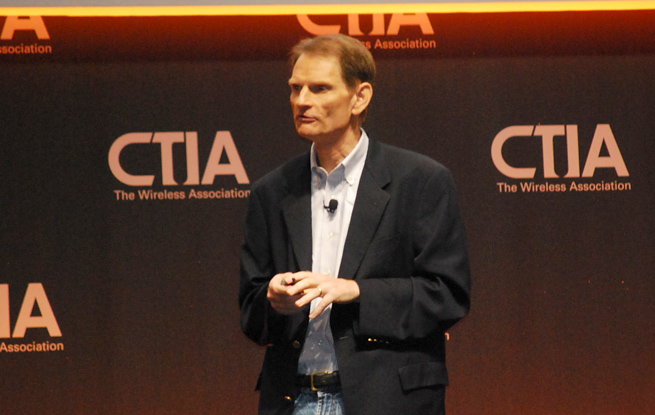 Pandora CEO and President Joe Kennedy spoke today on the main stage at CTIA. While most of his talk covered standard tropes of mobile innovation and encouraging progress, he took the time to give an update on his company’s progress at attracting U.S. users. The U.S. Census Bureau estimates that about 311 million people live in the U.S. (as of March 2012), so Pandora has signed up a pretty massive chunk of the U.S. even with some duplicate accounts.

Kennedy said the company’s mobile progress has especially been prominent, with more than 100 million of its registered users accessing Pandora through smartphones or tablets. In regard to the iPhone, he said Panodra is the second-most downloaded iPhone app of all time, thanks in part to being in the iOS App Store on Day 1. He also noted that Pandora’s adoption of car tech has been aggressive, with 48 models across 18 auto brands supporting a Pandora in-car app of some kind.

As of April 2012, Pandora listeners consumed 1.06 billion hours of radio, an increase of 87 percent from a year ago. The company had 51.9 million active listeners in April, so while it has 150 million registered users, many of those users don’t return on a regular basis.

The stock market responded favorably to the news, with investors pushing Pandora’s stock on the NYSE up more than 4 percent in mid-day trading.