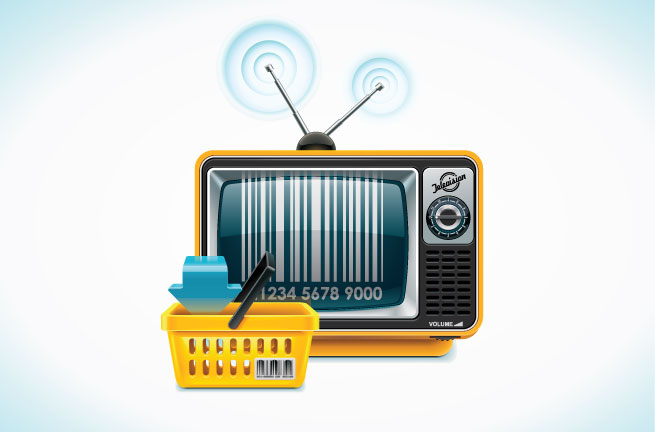 “T-Commerce” is the annoying and hokey term PayPal is using to describe its next big opportunity to grow revenue through transactions on regular television sets.

As such, the company just forged a partnership with DVR service and set-top box maker TiVo that will allow their subscribers to make purchases or donations when a commercial pop up on-screen. All TiVo subscribers need is their trusty remote and a PayPal account. (Actually, you also need money, because otherwise the entire experience would just be pointless and frustrating.) The “buy via remote” option will be available to TiVo owners with TiVo Premiere four-tuner DVRs.

The functionality, which will be eligible for retail stores, political campaigns, and non-profits, is expected to roll out this fall, reports BusinessWeek. Additionally, consumers will also be able to take advantage of coupons and provide advertisers with a way to text them deals to their cellphone, which I’m sure everyone is extremely psyched about.

“We think television is the next big one coming down the pike,” PayPal Vice President Scott Dunlap told BusinessWeek, adding that the company will make money by charging transaction fees. According to PayPal-parent company Ebay’s Q1 2012 earnings report, PayPal accounts for 20 percent of all online transactions, and a third of all transactions made on mobile devices.

PayPal is also in discussions with Comcast about offering its “pay by remote” functionality to Comcast subscribers. And while PayPal is making money off of fees, partners like TiVo and Comcast might be able to charge more money to potential advertising clients for commercials with this functionality. It’s a perfect partnership, and something that the TV industry is going to have to do more of in the future if it wants to continue engaging its audience, rather than losing it to commercial-skipping technology.