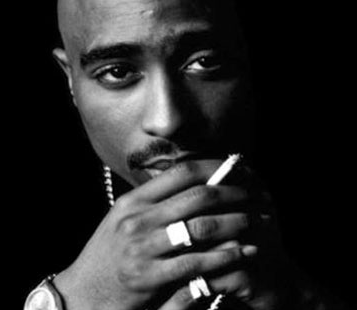 Check off the main news website for the Public Broadcasting System, PBS NewsHour, as the latest high-profile victim of hackers. Members of a hacker group called “LulzSec” were able to break into the site and post a fake story that said rapper Tupac Shakur was still alive.

This is the third high-profile cyber attack in a little more than a month. A cyber attack on Sony’s PlayStation Network (PSN) led to hackers stealing sensitive information from potentially more than 100 million PSN and Station.com users. Hackers were able to break into Sony’s network on April 19, forcing the company to bring down its service and beef up security.

Defense contractor Lockheed Martin was also hit by a cyber attack last week, but the company said it successfully fended off the “tenacious and significant attack” and said no information was compromised. While sensitive information about 100 million consumers was at risk during the PSN attack, sensitive information about defense contracts and advanced technology could have been at risk during the attack on Lockheed Martin’s private network.

Hacker group LulzSec has claimed responsibility for the attack, according to its Twitter feed. But it was quick to remind the general public that it is not a part of hacktivist group Anonymous — which regularly takes up political causes and sometimes commits hacks like this for amusement. Those within Anonymous — an amorphous and loosely associated group of hackers that are regulars on message boards like 4chan — typically use the term “lulz” to describe the amusement they get out of hacks like these.

“We aren’t Anonymous you unresolved cow-shart,” the group posted in its main Twitter feed.

As a result of the hack, the PBS NewsHour site temporarily reported that Tupac Shakur was alive and well in New Zealand 15 years after he was reportedly killed. The news publication furiously denied the story was true with its Twitter account and has been tirelessly communicating with its audience to tell everyone that the story is fake. As a reminder, Tupac Shakur died from wounds suffered in a drive-by shooting in 1996. The rapper was known for his lyrics that glamorized the life of a “player.”

A full transcript of LulzSec’s admission to the hack is pasted below, which makes reference to a PBS story called “WikiSecrets: The inside story of Bradley Manning, Julian Assange and the largest intelligence breach in U.S. history”.

“Greetings, Internets. We just finished watching WikiSecrets and were less than impressed. We decided to sail our Lulz Boat over to the PBS servers for further… perusing. As you should know by now, not even that fancy-ass fortress from the third… Pirates of the Caribbean movie (first one was better!) can withhold our barrage of chaos and lulz. Anyway, unnecessary sequels aside… wait, actually: second and third Matrix movies sucked too! Anyway, say hello to the insides of the PBS servers, folks. They best watch where they’re sailing next time.”