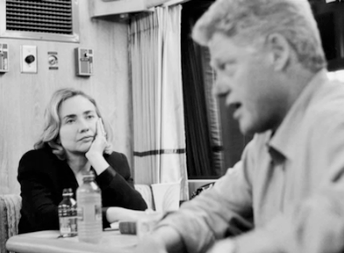 The Public Broadcasting Station (PBS) has decided to rip a page out of HBO’s book by giving iPad and iPhone owners early access to its exclusive video content before it debuts to the rest of the world.

iOS device owners that have the free PBS app can watch the first hour of the new documentary on President Bill Clinton American Experience: Clinton today — a week before it premieres on television Feb. 20, which is also the nationally recognized holiday of Presidents Day. The full four-hour documentary will air over Feb. 20-21 and be available for purchase on both iTunes and PBS’ website. As for the PBS App itself, it features 250 hours of video content, TV schedules, show previews, and a notification setting that syncs with iCal so you never miss programs.

“With nearly one-third of our 148 million video streams in January coming from mobile apps, we felt that mobile was a perfect platform to preview the first hour of this much anticipated biography,” said PBS SVP of Interactive Jason Seiken in a statement. “We’ve seen that these kinds of previews can help generate viewer buzz and drive tune-in.”

The strategy of offering new content through streaming channels isn’t new. HBO first adopted the practice by releasing new episodes of its original shows like True Blood and Game of Thrones a week earlier than the television debut. However, where HBO was simply trying to push its existing users toward its HBO Go streaming service, PBS has the opportunity to create new, loyal viewers. 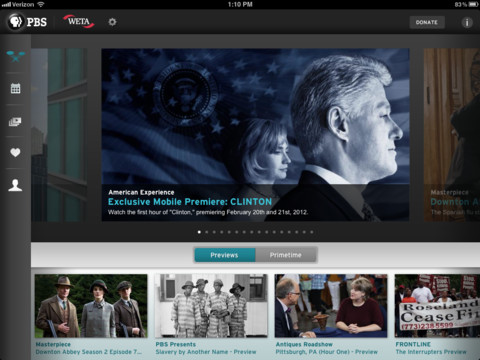