Playful Studios, the maker of the Lucky’s Tale series of games, has raised $23 million in funding from a wide variety of individual investors as it moves into a new stage of making games enabled for the spectator era.

The McKinney, Texas-based studio will use the money to go beyond virtual reality games and focus on more traditional platforms — but with the twist of bringing spectators into the action of a video game, said CEO Pau Bettner in an exclusive interview with GamesBeat.

Playful was able to raise its new round in a nontraditional way, just as it raised $25 million from a wide group of investors in 2015 to make virtual reality games like Lucky’s Tale. Bettner had hoped that VR would be the next big medium, but it took off more slowly than many expected. Lucky’s Tale was a bundled launch title for the Oculus Rift headset in 2016. But after that slow takeoff, Playful pivoted, publishing a refashioned game for the consoles under the name Super Lucky’s Tale. 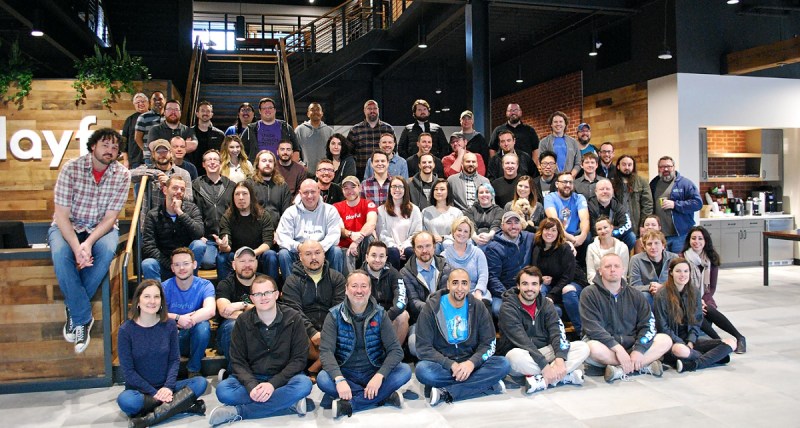 Above: Playful’s team in McKinney, Texas.

That title debuted on the Xbox One game console in 2017, and it is coming soon to the Nintendo Switch. That strategy of taking an intellectual property developed for VR and selling it across other platforms has helped Playful generate more revenues. Bettner said that the company’s ability to control its fate and its IP is one reason it was able to take Lucky’s Tale across so many platforms.

Instead of using banking institutions or venture capitalists, the Playful team decided to reach out to its own network of supporters around the world to spread the word about its private offering. In turn, those individuals reached out to others, and over the course of 9 months, Playful met with over 300 potential individual investors. Bettner said they met “one living room at a time.”

He added, “Almost all of those relationships turned into personal relationships. Working with institutional investors can feel a little bit distant. We believe if we can capitalize this way, it gives us the authority over the work that we are doing and the ability to make long-term decisions. We can say we are going to do a thing not because it makes sense this quarter but because it makes sense for the long-term future of this franchise.” 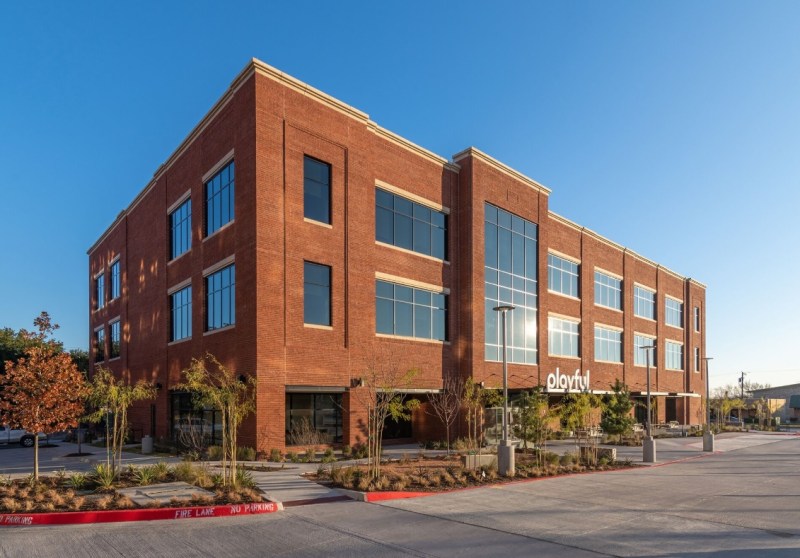 Above: Playful’s headquarters in McKinney, Texas.

“We get to be completely transparent about our goals and why we are doing this,” said Mark Stanley, president and chief business officer at Playful Studios. “The reason why we do it this way is because we capitalize ourselves in this manner and we can work on the games that we believe in.”

To-date, including a private common stock offering in 2013 and this year’s Series A preferred offering, Playful has privately raised a total of $48 million. This allows the company to build and nurture franchises, while planning IP strategy across a decades-long term horizon.

Playful, which now employs over 100 developers, most at its new 58,000-square-feet headquarters in McKinney, Texas, has gained extensive experience developing content for disruptive platforms such as the Nintendo Switch, mobile and VR platforms, and next-gen console/PC hardware. Playful is currently working on its next generation of products which they believe will help define the upcoming horizons in interactive entertainment.

Bettner and his brother David worked at Ensemble Studios, maker of the Age of Empires games. Microsoft acquired that company, and the Bettners went on to start New Toy in McKinney in 2008, at the dawn of the iPhone age. They created the hot game Words With Friends, and Zynga acquired them in 2010 for $53.3 million. Paul Bettner went on to start the VR game studio Playful in 2013. 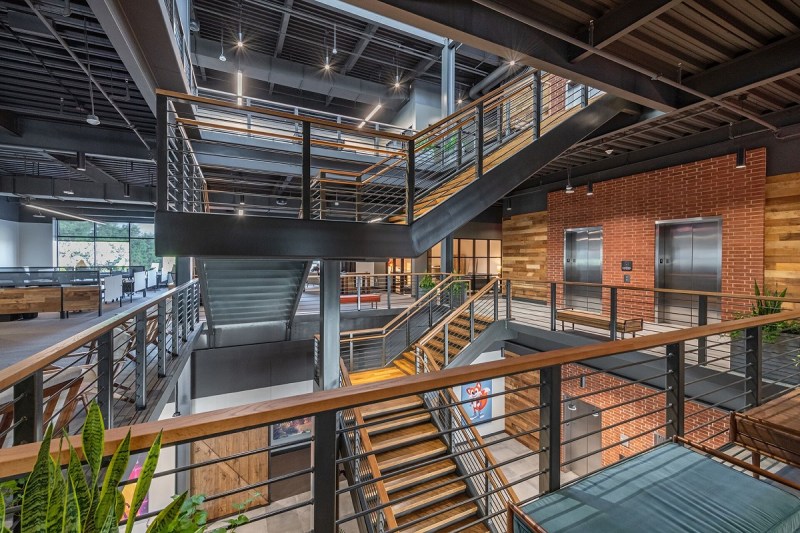 “When we started the company, my wife and I put our money in,” Bettner said. “Then my friend saw what was happening to my bank account. He said he had real estate friends and thought they would be really interested in hearing my story. One meeting turned into more, and that turned into a larger number of investors. Having gone through that experience, when we were looking again, after looking at the success we had with Oculus and Microsoft, we decided to raise money again in the exact same way.”

He added, “Even going back to Newtoy, we were always trying to combine two simple things. We wanted to build a beloved IP. And we were always in a rush to the frontiers of the industry where gaming and technology is causing a change, or an evolution in the definition of what games can be. Playful is always going to be defined by that, seeking out that kind of technological disruption and then trying to build something on that frontier.”

And that bring us to the new reason that Playful has raised a new round.

“We have turned to a new frontier that we are very excited about,” Bettner said. “It differs from anything we worked on before. We’re working on a large project. It’s about the fact that video games are becoming a spectator sport. We see in our own audiences that we have more people watching people play our games on any given day than are actually playing them. I fundamentally believe that what we are saying with Twitch is the birth of a brand new platform for video games, a new way to enjoy interactive entertainment.”

The company isn’t describing exactly what it is working on. 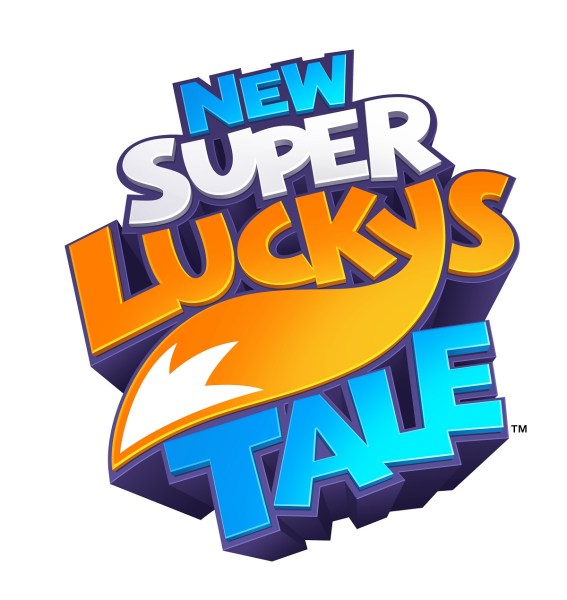 Above: The Lucky’s series is coming to the Switch in November.

“And when I see somebody sitting back on their couch, not touching a controller, but watching someone else play a game, I don’t see somebody who’s going to become one of my customers in the future, I see somebody who is already a customer of that, of that experience,” Bettner said. “Those folks, whether they install the game or not, are our customers and our players from the minute that they tuned in to start enjoying. It’s like the beginning of the iPhone. It’s a second wave, a second generation of products. We began working on this two years ago.”

The company is still working on VR games because it still believes in mixed reality. But that content will depend on when the market takes off.

“I was never unrealistic [about VR]. And I’m super happy about the work that we did with Oculus because it was on the frontier, that we got this incredible exposure for it,” he said. “But then, as the reality I think settled in with other folks and with the market around this is going to be a long term journey that we have multiple iterations before we’re going to get to a truly mass market kind of iPhone like experience. That wasn’t a surprise to us. Like that was that was always something I believed in for the very first time I saw you Palmer handed me the headset with duct tape, it was like check this out. Like this is incredible. I think we’re probably several generations away from the iPhone version of this.”