Many people have come to know Pocket as the virtual place to save interesting articles, videos, and other content to (hopefully) look at later. The service has accumulated 22 million users after launching in 2012, based on the older Read It Later service.

It helps that Pocket is everywhere. There’s a Web app, a Mac app, a Chrome app, iOS and Android apps, a Kindle Fire app, and extensions for Chrome, Safari, and Firefox. A Microsoft Edge extension is on the way.

But there is competition, from the biggest technology companies in the world. Earlier this month Facebook says its Save feature has 250 million people using it each month, and now developers can add Facebook’s Save button to their own websites. Google has launched a Save to Google extension for Chrome, a Save to Inbox Chrome extension, and link saving in Google Keep, all in one week’s time. Meanwhile Apple has saving features in Safari and Apple News, while Edge has its own reading list.

“For me, I look at it as great validation. For years, I’ve fundamentally believed we need this,” Nate Weiner, Pocket’s founder and chief executive, told VentureBeat in an interview at company headquarters in San Francisco.

Fortunately, Pocket has a plan.

In the past year the company has done a lot in the area of content recommendation. The app now highlights the top content that users are saving to Pocket, and it’s also letting users make personalized recommendations that other users can subscribe to.

But that’s just the start.

You know that thing where you have to identify your interests when you first start using news reading apps like Flipboard and Apple News? Wouldn’t it be great if, you know, you didn’t have to do that? What if somehow these services would just automatically start showing you things that are relevant to you? That’s what Weiner is thinking about now. Because Pocket already knows what millions of people are interested in.

“We hope we can use that to have Pocket power your content identity wherever you go,” Weiner said. 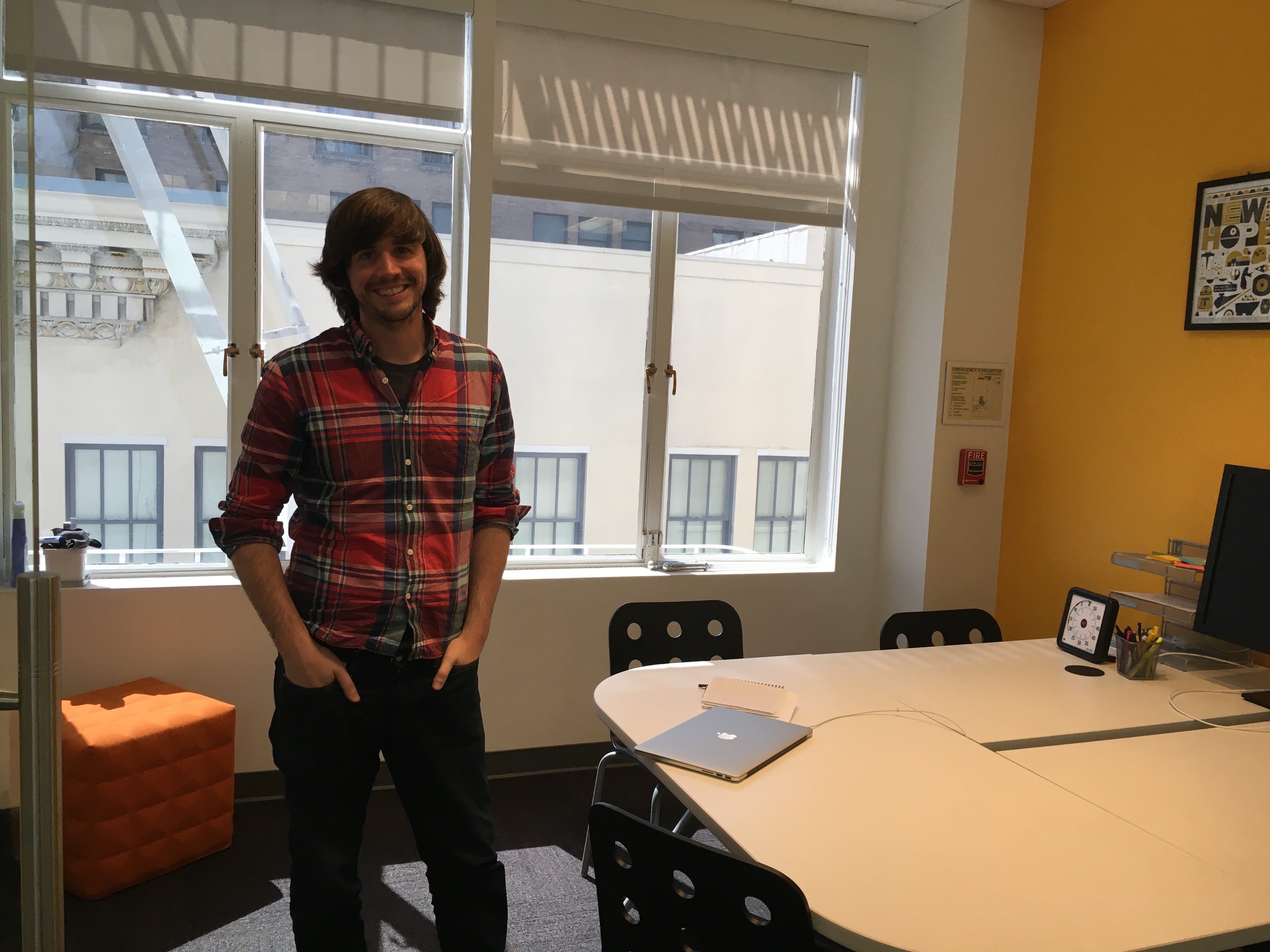 Above: Pocket founder and chief executive Nate Weiner in his office.

You don’t think twice when you add to your Pocket; it’s “pretty unfiltered,” as Weiner put it, because it’s private by default. That makes it different from sharing something on Facebook or Twitter, where people maintain personas or only share certain types of things.

And while other companies might have technology for saving things from around the Web, Pocket can boast that people return to 50 percent of the things they save. So you can say that the things people put in their Pockets aren’t meaningless. People do actually care about the content.

The other important thing about Pocket is the sharp focus of its 20-person team. For companies like Google and Facebook, Save is just another feature, but for Pocket it’s a foundation.

The company has turned down acquisition offers from Evernote and Scribd, Weiner said. In hindsight those decisions look smart because of the opportunity that lies ahead. Heck, Weiner said Pocket is even close to being profitable — thanks to its premium service tier and sponsored content — so it’s not likely to just suddenly disappear.

And if anyone is happy about that, it’s Weiner, who started it Read It Later in 2007 as a side project.

“I have 40,000 things in my Pocket, so I understand that you will never read everything that gets saved,” he said.