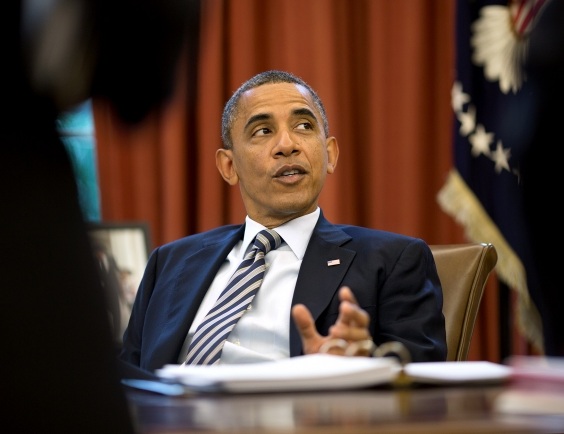 Post-convention polls show a bounce for President Obama in the upcoming election, after a period of neck-and-neck jockeying that stretches back to June. But traditional polls, largely run by large news organizations, may be just waking up to a reality that online indicators have shown for a long time.

Ask people to bet on a candidate, to put down real cash on who will really win – and the smart money, for some time, has been on Obama. Certainly that’s the case at so-called prediction markets, forums where people can place bets, often with real currency, on what will happen in November. As of this writing, odds from three independently run online markets present a 65-plus percent probability that Obama will win, including odds at my own startup, Media Predict.

That’s no slam-dunk. Still, Obama has a clear lead. In fact, according to the markets, he’s had that advantage since the start of his campaign. But mainstream media only seem to be waking up to this fact in light of a recent post-convention “bounce” – endorsed by, yes, those beloved, slow, traditional polls.

Well, welcome to the party. For those who will want to remain a step ahead in this campaign, we recommend looking to the markets instead. Their message is clear and strong.

Media Predict’s 64% probability of an Obama victory is virtually identical to those furnished by other forums, such as the Iowa Electronic Markets (a real-money futures market the CFTC permits for purposes of academic research) as well as offshore gambling sites like Intrade. And there’s good reason to believe what the markets say. A 16-year retroactive study found the Iowa Electronic Markets to outperform the AP and the Gallup Polls 74% of the time when predicting presidential vote share on the eve of the election. Moreover, the study found the IEM to be almost always more accurate when predicting from 100 days away or more – a point we passed some time ago.

But markets’ strengths go beyond mere prediction. After all, knowing the future is nice – but it’s even better to know what to do about it. That’s where things really get cool.
Where polls can only describe what people are thinking at a given snapshot in time, a market – not unlike a venture investment – looks far ahead to see the bottom line. That means markets are sober. However riled we may get over Bain or the Birthers, most everyone will think dispassionately if a few bucks are on the line. And notably, once you ask market participants why they bet on one candidate or another, the most frequent answer is not a hot-button issue. It’s not the economy, stupid. Nor terrorism, nor Mitt Romney’s taxes, nor Paul Ryan’s workout plan.

Overwhelmingly, people say that Obama’s campaign will simply execute – by presenting a likeable candidate who makes his case. And Romney’s campaign won’t. A few quotes:

Breaking down the numbers, almost a third of people who bet in favor of Obama argued that he’ll run a better campaign – easily the biggest reason among Obama backers. The percentage of people who bet on Romney for that same reason? Just 12%. It would be interesting to see if that figure changes in the wake of the controversial comments from Romney that came to light yesterday after being caught on hidden camera.

These are not the biased left-leaning emotions of Internet-enabled youngsters, as a traditional pollster might object. Our data shows that many who bet on Obama don’t intend to vote for him. They don’t even like him. They just feel he presents the better investment:

In this regard, markets see the big picture and stand far away from the breathless hand-wringing that rules the 24-hour news cycle. This is particularly true of those darlings of political ads and news analysis alike: “the issues.” Yes, television analysts often disclaim that no single issue can sway an election – generally before they commence to shouting about one at length.

But markets give us the ability to gauge how much, or how little, any single issue impacts the whole. Of people who bet in favor of Obama, less than 4% justified themselves by citing the economy, gay marriage, or military issues. And while a significant 8.5% of Romney backers cited the economy as a major factor, less than 1% cited much-maligned Obamacare.

Rather, the markets’ view is holistic and bottom-line. It’s all about the candidate – the person – and his ability to execute a campaign without mistakes. Obama has an edge, as we’ve seen, and other stats flesh out why:

In the end, the markets’ message to campaigns is simple. Be likeable. Win confidence. Execute your plan without messing up. And when can you know you’re succeeding in these tasks? Not when the poll numbers go up, but when the bets do.

Indeed Media Predict invites both campaigns to test the wisdom of the markets as they enter the home stretch – as we’ve seen from our own ability to predict television hits, often from just a paragraph idea, the markets can help maximize the outcomes of any marketer, politician, or executive willing to use them.

News organizations, though, may not be committing to these modern methods anytime soon. “We love what you’re doing,” one broadcast reporter told us last week, in so many words, “but we’ve just put millions into these polls.”

To that we offer a simple antidote. For a voice above the din, don’t look to where news organizations have sunk their cash – look to where thousands of people like you are sinking their own.

Brent Stinski is founder and CEO of Media Predict, a market research company that uses prediction markets to forecast the performance of TV shows, advertising, and more. He has contributed to VentureBeat and Business Insider.