A very familiar story is unfolding beneath our feet.

Consumer behavior changed over the past 20 years as audiences shifted from traditional media to digital media. The industry experienced massive growth in content production, consumption, and ad spend thanks to this shift, except that revenue for publishers did not grow at the same time. It dropped. Massively.

A lot of publishers, or at least their revenue streams, fell through this gap on the jump from print to digital. 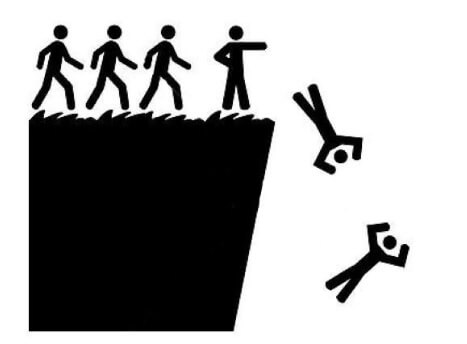 Specifically, publishers have lost their hold on classifieds, automotive, and consumer research, and a number of niche web-based disruptors have taken over the large span of extra content that used to accompany the super-sized weekend editions and have syphoned off the accompanying advertising and user revenues.

Now, there is another jump publishers face. This time, it’s within digital, and it is the jump from desktop to mobile. In this sense, desktop has become the new print for publishers.

It may not be obvious today, but it is happening before our eyes. Publishers are falling down this chasm between desktop and mobile without realizing it. Greater awareness is needed if they are to thrive from — rather than just survive — this change.

The transition is different this time

However, the shift from desktop to mobile is happening faster, and it’s been confusing for most because, unlike traditional media, desktop has not been in decline. It’s easy to rest on your heels when there is some growth and turn a blind eye to the consumer reality: it’s all about mobile.

Consumer behavior is the only leading indicator that matters

It took a while for publishers to acknowledge the shift in consumer behavior from traditional to digital. They paid the price for that. The shift has less to do with Google, Facebook, or new digital entrants and more to do with consumers coming online faster than anyone else.

And the shift in consumption from traditional to digital started way before the ad spend shifted. Of publishers, advertisers, agencies, platforms, retailers, and consumers, consumers are the leading indicator of where attention shifts — and money follows. Here is my crude depiction of the different players within the advertising ecosystem mapped to the well-known adoption curve. 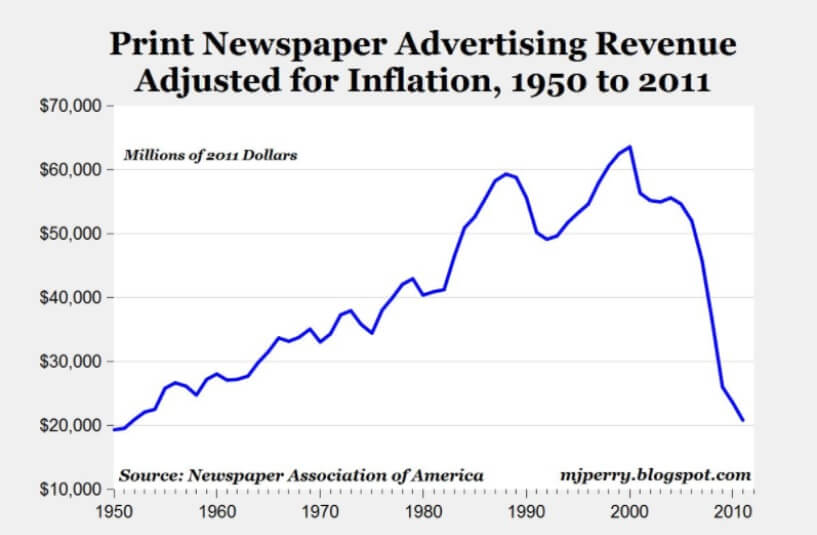 I also think there is a missed opportunity amongst the trade press in the advertising industry. Instead of navel gazing, everyone would benefit from paying more attention to what consumers are up to. Consumer trends are where publishing leaders need to pay more attention, and with greater awareness here, other decisions will naturally follow.

If the move from traditional to digital was further impacted by cord cutting, the parallel here for the move from desktop to mobile is ad blocking.

Ad blocking adoption on desktop has soared and will continue for one reason: it is really easy. From over 200 million desktop users, most publishers are anecdotally seeing that ~25 percent (+/- 10-20%) of their desktop users have ad blockers installed.

This phenomenon with desktop ad blocking is similar to what the traditional TV industry has seen over the past decade. The motivation for consumers to stop buying cable TV may not have been to avoid advertising, it may have been driven by convenience and cost, however the end result is the same: less advertising real estate available for content producers to sell.

Facebook and Google growing at (or above) market rate

I recently wrote a blog post that talks about the overall advertising picture. Total global ad spend across all channels is growing at about 5 percent year-over-year, digital is growing at 12 percent, and mobile at a rate of 25 percent. This is all good news, save for the reality that Facebook and Google are growing at an even faster rate on mobile and are trending to eat 71 percent of all mobile ad spend by 2020.

It is worth highlighting that 82 percent of Facebook’s current ad revenue is from mobile, and its ad product strategy does not involve banner advertising. I could probably count on one hand the number of publishers who do not have banner ads on their mobile properties.

New entrants rising thanks to gaps not filled

In the jump from traditional to digital, new digital entrants were faster to capitalize and offer consumer services (and benefited from that). Yahoo, MSN, AOL, eBay, and many other digital-first companies led the first wave of new entrants. Google, Facebook, and Amazon have really been the ones who thrived from this category.

In the jump from desktop to mobile, we are seeing many new entrants rise up once again. Companies like Snapchat, Instagram, Whatsapp, Hotel Tonight, Uber, Yelp, and others are all thriving as mobile-first and mobile-only services.

Mobile introduces new opportunities and gaps that can be filled by anyone who is focused on them. I think a publisher’s modern mobile audience is due to a rising tide lifting all ships; it happened by accident versus a deliberate strategy to grow. Mobile is now anecdotally 60 percent of publisher audiences, and in some verticals like sports, it’s closer to 80 percent. Fast-forward 24 months, and it will only be higher. That is guaranteed.

New revenue models are key to a successful jump

The big business model shift that media companies face from traditional to digital is the loss of paid subscriber revenues. In digital, consumers do not generally pay for content like they may have in traditional channels like TV and print. Furthermore, the value that advertisers place on digital advertising is far less than traditional advertising. Traditional: dollars. Digital: dimes. Mobile: pennies.

To make the successful jump from desktop to mobile, acknowledging the mobile business model will be different than desktop is paramount – if you can even say there was a desktop business model for digital publishers.

Just as the move from traditional to digital meant losing subscription revenue, I think the move from desktop to mobile will involve losing the concept of a website. I wrote in January this year that a publisher’s website will not matter by 2020, due to distribution trends.

The Accelerated Mobile Pages project led by Google has been one recent initiative that feels mobile-first. I think the advertising experience for AMP has to be much better (and built for AMP), versus a translation of a broken banner model from the desktop. Facebook Instant Articles is a different initiative to build a better mobile consumption experience, and, earlier this year, I highlighted 4 ways publishers are using Facebook Instant Articles to promote branded content. Finally, mobile messaging is going to dominate consumption of everything. (Here is a primer for publishers on everything you have to know about messaging.)

Desktop is the new print for publishers. To avoid running into the same problems they faced in the move to digital, publishers should focus on the following:

There are no guarantees in life, but what we can do is focus and try our best. And I think there is time for publishers to build a meaningful business and make a successful jump from desktop to mobile.

[A version of this story originally appeared on the author’s LinkedIn page.]