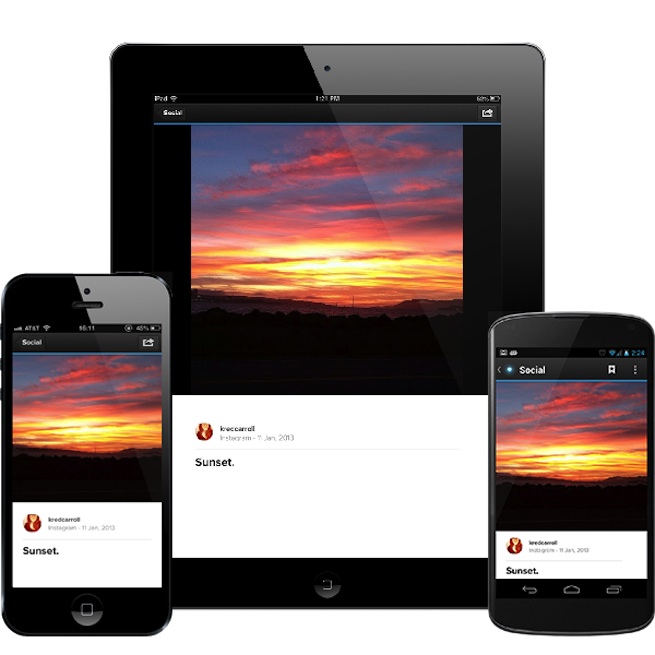 News aggregation service Pulse is turning its attention to the mess of news that’s shared by friends across multiple social networks.

The service previously focused on creating mobile apps that pull in news from a variety of websites and arranging articles in an easily digestible user interface so you don’t miss anything. Last year the company rolled out a brand new web app that streamlines everything its users see on the iOS and Android versions. However, today’s update lets Pulse users pull in a feed of news from YouTube, Facebook, Tumblr, Instagram, and Flickr. (Sorry, Twitter fans.)

The move is interesting because it makes Pulse more of a direct competitor to Flipboard, a digital magazine app that has had this social functionality from the get go. However, Pulse founder Akshay Kothari told VentureBeat the new social feed was based on user data rather than a desire to stay competitive with rivals.

“When we looked at our own data from users, we saw that a lot of people were splitting up their time between all these different networks. And just like with multiple news websites, pulling content from all these services would provide the same benefits to people,” Kothari said, adding that Pulse’s user experience is much different from Flipboard’s.

You add a new feed for one of your social networks similarly to how you’d add new feed for a news source, RSS feed, or category. Once that’s done, it’ll appear on one of your custom Pulse news tabs.

Pulse is also rolling out an update to its video and photo viewers, which will now display information from whatever social network the media was pulled from below the photo/video (see image above). For example, your Instagram feed will show you not only a picture but also the user who sent it to you as well as any message/caption they included when it was initially sent.