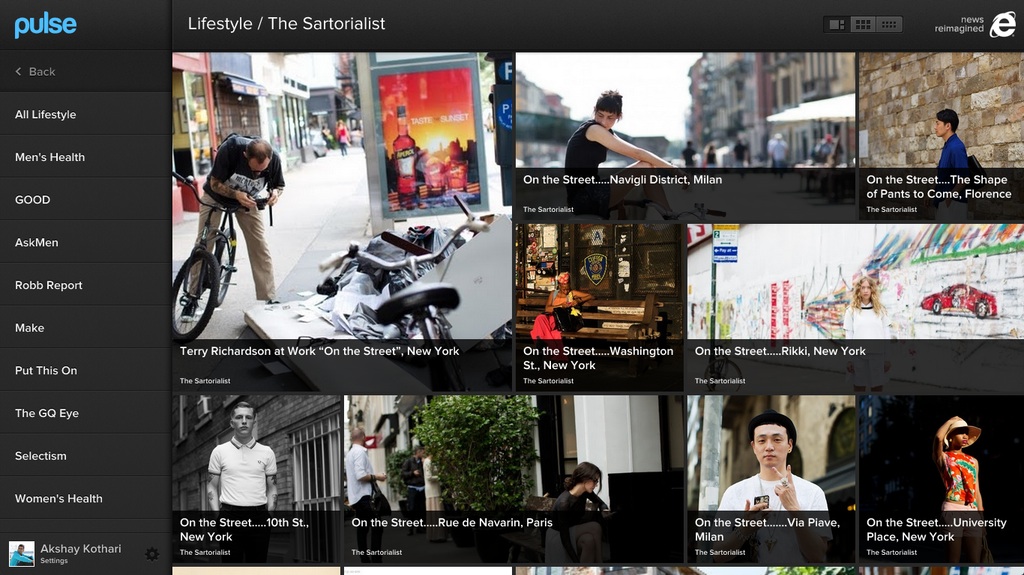 “Microsoft gave us some great feedback while building the Pulse web reader,” said Pulse founder Akshay Kothari in an interview with VentureBeat.

Pulse began teasing a big announcement about two weeks ago, which we speculated could have something to do with a new web-based reader or a Windows 8 application. In reality, we’re seeing both.

The web app functions the same as all of Pulse’s mobile app readers for iOS or Android. Users can create a custom feed to view up-to-date articles from a variety of publications organized into their own tabbed categories. It’s previously been available on iOS and Android, and its user interface is optimized to make consuming (and sharing) content from 15 news sites at the same time easy.

But unlike the mobile app versions, Pulse on the web gives stories from each publication their own tab and arranges stories as they’re published. The prominence of each story’s thumbnail/headline can appear larger, based on its popularity among other Pulse users. It truly looks like something you’d expect to find on the new Window 8 OS’ tiles user interface.

The web version is optimized for use on Windows 8 devices but will work on anything with a web browsers (Kindle Fire, iPad, Android, etc.). However, Kothari told me that users are still being directed to use the native iPad/iPhone/Android apps for the best experience on those devices.

Check out a YouTube video of the new web app in action using Internet Explorer 10 below, and let us know what you think in the comment section.