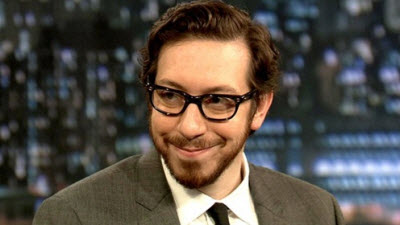 It’s a little odd on the surface, since SB Nation is a sports web publisher. Topolsky’s new tech site will be bankrolled by SB Nation’s founder Jim Bankoff, a former AOL executive who was responsible for buying Engadget and its mother ship Weblogs in 2005. It will be worth watching to see what these folks really mean by starting a “new media” web site in 2011.

Topolsky left Engadget on March 12 after AOL slashed about 900 jobs and pretty much signaled that it wasn’t going to be hiring a lot of folks for properties like Engadget.

In fact, Topolsky mentioned tonight that he hadn’t been allowed to hire a brand new staffer in the nearly four years he had been at Engadget. Engadget was founded in 2004 by Peter Rojas, who worked on it with Ryan Block under the larger umbrella of Jason Calacanis’s Weblogs.

In a post on his personal blog tonight, Topolsky said, “I’ve decided to join the team at SB Nation to build something brand new in the tech space. Now I know it might seem odd to some that I would be partnering with a sports publisher to build a technology news site, but that’s only half the story. This isn’t just about sports, or tech, or lone silos. What we will to build together at SB Nation is a new media company — buoyed by the absolutely incredible work SB Nation has already done in publishing — and part of that new media company will be the as-yet-unnamed gadget and technology site that I’ll be working over the next few months to create.”

Topolsky said, “the people at SB Nation share my vision of what publishing looks like in the year 2011. They think that the technology used to create and distribute news on the web (and mobile) is as important as the people who are responsible for the content itself. And that’s not just pillow talk — SB Nation is actively evolving its tools and processes to meet the growing and changing needs of its vast editorial teams and their audience communities. They’re building for the web as it is now.”

He added, “From the perspective of a journalist who also happens to be a huge nerd, that’s a match made in heaven. SBN isn’t just another media company pushing news out — it’s a testbed and lab for some of the newest and most interesting publishing tools I’ve ever seen. In short, I was blown away when I saw what kind of technology they’re using to get news on their front page and engage audiences, and even more blown away when I started talking to them about what could come next.”

Topolsky said that SB Nation believes in real independent journalism and the potential for new media to serve as an “answer and antidote to big publishing houses and SEO spam.” AOL triggered the departures of Topolsky and others with its memo on The AOL Way where it emphasized techniques for getting traffic over journalism.

“This isn’t tabloid page grabbing or content farming — it’s news and insight by and for a passionate and informed group of people,” Topolsky said. “And that’s exactly where I want to be.”

AOL’s memo has been pretty damaging to its brand, at least among journalists, as you can see based on Topolsky’s departure. That raises a question. Why did AOL buy the Huffington Post for $315 million and TechCrunch for as much as $40 million if it bent on pushing page views over talent? As the New York Times observed, “those adaptive businesses are sexy when bought, but they often end up as one more cog in the Borg,” a reference to the Star Trek collectivist enemy that absorbs the identities of individuals that it conquers.