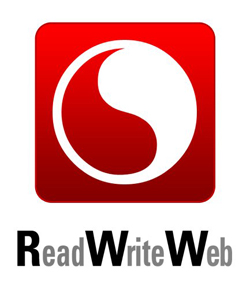 ReadWriteWeb was founded in April 2003 by editor-in-chief Richard MacManus and has been a staple for technology fans for years. RWW will be the third blog SAY has acquired this year, with Dogster in April and Remodelista in August. SAY Media CEO Matt Sanchez said RWW will “further strengthen” the company’s technology channel, which “reaches more than 75 million global consumers each month.”

SAY also announced that former Business Insider editor Dan Frommer will join RWW’s staff as Editor-at-Large, a position that will give him freedom to write for his own blog, SplatF, while also helping the RWW team. “ReadWriteWeb covers the tech industry with a high level of integrity and intellectual curiosity,” Frommer said in a statement. “I can’t wait to add my voice to the site.”

Frommer will help the site generate more engaging content after lead writer Marshall Kirkpatrick stepped down in November to spend more time on his startup Plexus Engine. Kirkpatrick still writes for the site but does so with much less frequency.

In a blog post announcing the acquisition, MacManus said the site will see some big changes soon. RWW will be adding more writers to the staff, expanding the site’s focus into international and cultural news and redesigning the site.

Looking back what has occurred from 2003 to today, MacManus writes:

It’s been an eventful and fun journey since I founded ReadWriteWeb back in April, 2003. Over that time, ReadWriteWeb has grown to be one of the biggest blogs in the world. More importantly, we’ve stuck to the site’s core goal from Day 1: provide thoughtful analysis of the latest Web technology products and trends. Along the way, we’ve had many talented people contribute to ReadWriteWeb’s growth. Chief among those is our team today, led on the business side by our COO Sean Ammirati and on the editorial side by Managing Editor Abraham Hyatt and Channels Editor David Strom.

Other sites in SAY Media’s technology channel include: