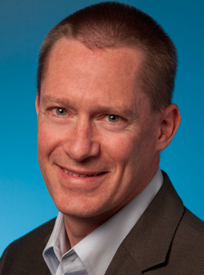 RealNetworks chief executive Bob Kimball has resigned from the company after a little more than a year.

The resignation isn’t a good omen for RealNetworks, which has been struggling to remain profitable and find a reason for being amid a sea of competitors. The Seattle company makes technology for delivering internet media such as video to consumers. Real Networks’ technology has been important as a counterbalance against technologies supported by Apple or Microsoft, but it has had trouble getting richly rewarded by consumers who have lots of different ways to access media now.

Kimball had been with the company since 1999 and was a senior executive since 2003. RealNetworks will begin a formal search for a new CEO soon.

Bob Kimball has resigned as president and CEO of RealNetworks, a little more than a year after succeeding founder Rob Glaser to oversee an attempted turnaround of the longtime Seattle technology company.

Rob Glaser, founder and chairman of the company, told GeekWire that he doesn’t plan to return to the CEO job himself.

In a statement, RealNetworks didn’t give a reason for the departure. Kimball’s statement said,  “After twelve amazing years at Real, it is time for me to find new challenges and opportunities.” He said the company “has set the stage for Real to embark on its next phase with a clean bill of health and a strong foundation.”

Mike Lunsford, a senior executive, will become interim CEO. During Kimball’s tenure, RealNetworks focused its business and cut hundreds of jobs. It spun off its Rhapsody music venture as an independent company. RealNetworks is also planning to launch its Unifi cloud-based personal media management service.