Reddit, the social news site that lets users submit, discuss, and “upvote” articles and anecdotes, has published its first ever book.

Ask Me Anything is a 400-page compendium of some of the company’s favorite AMAs — its popular “Ask Me Anything” subreddit that lets anyone ask questions of a specific person or group. 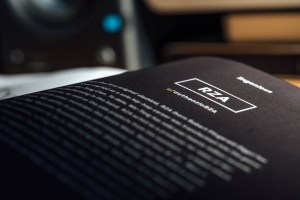 While there is a digital version available for around $5, there is also a full-fledged hardcover version available, of which only 10,000 copies were printed. This will set you back a hefty $35. But given the small print run and the 83 billion page views received last year by Reddit, I’d guess the physical book will sell out. “It’s the beauty of the Reddit on the printed page,” said Reddit founder Alexis Ohanian.

Some notable public figures have participated in a Reddit AMA in the past, including Barack Obama, Madonna, Bill Gates, and Arnold Schwarzenegger. The book was compiled by the Reddit editorial team alongside the volunteer moderators who run the AMA section, and is referred to as “Volume One,” which suggests there are more to come.