As AOL shuts down its Winamp media player today, Spotify is celebrating its influential legacy with a retro app called Spotiamp. The Windows-only app enables Spotify Premium subscribers to stream music through an interface resembling the Winamp of yore. It even supports some old-school Winamp visualization plugins. (Click here to visit the Spotiamp download page.) 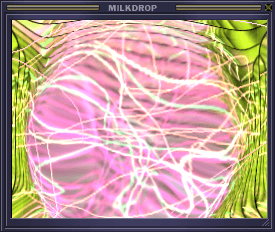 “To honour the engineering skill and passion that goes into building wonderful software that millions of people enjoy,” wrote Spotify’s Channtal Fleischfresser on the company blog, “we would like to share a small tribute to honour the great legacy of Winamp.”

Initially released in 1997, Winamp is one of the oldest, most influential pieces of software in the history of digital music. In June 2000, about a year after AOL scooped up Winamp maker Nullsoft for $80 million in stock, the media player had racked up more than 25 million registered users — but it just couldn’t compete in the modern era, overshadowed by software like iTunes and Spotify.