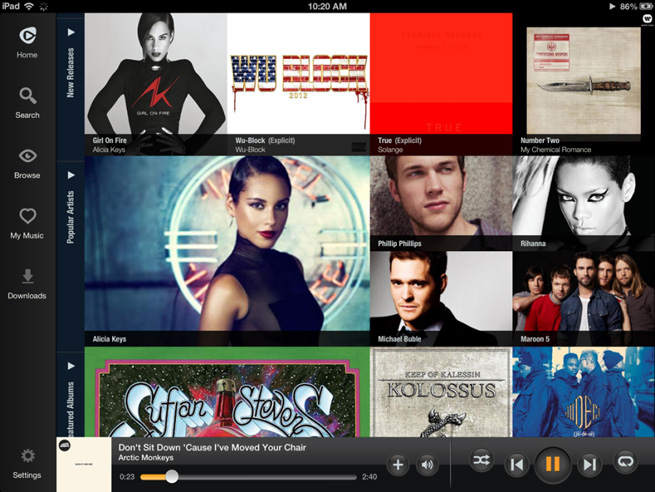 Streaming-music business Rhapsody is finally bringing its service to 16 European countries before the end of the second quarter, GigaOm reports.

Rhapsody has been the longest-running player in streaming music in the United States and has more than 1 million paid subscribers. But it faces a serious challenge with the rise of Spotify, which continues to burn through capital to grow its subscriber base. Spotify recently announced it hit the 1 million U.S. paid subscriber mark as well.

While Rhapsody somewhat has a presence in the U.K. and Germany via its Napster brand, it hasn’t done much internationally. With the launch of Rhapsody in Europe, it can finally fish for users that aren’t just in the U.S. It provide no exact timing or specific countries where the service could appear. But when further announcements hit, we’ll let you know.

Rhapsody also has an opportunity to grow via the use of partnerships and getting its apps on more platforms. It was one a handful that launched an app at CES 2013 that would work with Ford’s AppLink program. The app lets you use your voice to control it in some Ford cars. It also launched a slick iPad app (pictured) in December.

Rhapsody for iPad image via Rhapsody