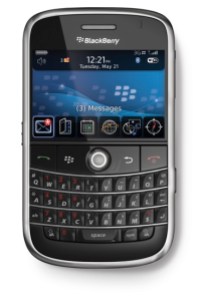 BlackBerry-maker Research in Motion is working on its own digital streaming music service that would run specifically on its smartphones and tablets, according to CNET.

RIM is currently in a tough position, as its once-great smartphone market share slips away quickly to Google Android and Apple iOS smartphones and tablets. Adding another option for accessing media on its devices could, in theory, be another way to attract new consumers and retain those who are still loyal.

The article says RIM is well on its way to finishing the music licensing deals. The company has signed a deal with at least one of the four major U.S. record companies, and it is close to signing with at least two others. Exact pricing was not announced but RIM intends for the service to be cheaper than Spotify and other streaming music services.

RIM did not immediately respond with an official comment.

The company would integrate the new service into BlackBerry Messenger, which is one of the most widely used services on its smartphones. But Messenger could be taken down a notch by upcoming messaging offerings from Apple and Facebook, so additions to the service would help it stand out.

To be fair, music services already exist that offer applications on most major smartphone platforms. Rhapsody, Grooveshark, Rdio, Pandora, Slacker, and iheartradio all offer streaming music apps for the BlackBerry, iOS, and Android. And Spotify and MOG are both available for iOS and Android devices.

On the device level, RIM has been struggling to make the case that it is innovating at the speed of its competitors. Last week Sprint cancelled plans to make a 4G BlackBerry PlayBook tablet. In early August, RIM launched seven new BlackBerry phones running OS 7, but the devices didn’t appear to be different enough from previous offerings to stand out. Hopefully its new line of QNX OS phones will pack more innovative features.

What do you think of RIM’s proposed music service? Would you subscribe to a music service specifically for your BlackBerry?