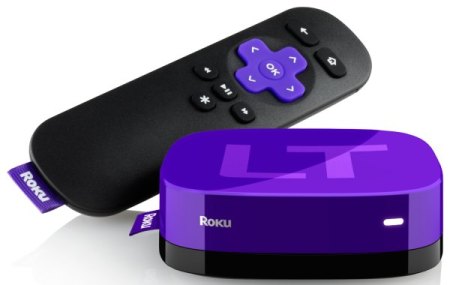 Roku will offer a new $50 model to its product line of streaming media set-top boxes, the company announced today.

The popularity of streaming media set-top boxes is on the rise over the last year. And compared to competitors like Apple’s $99 Apple TV device, the Roku LT is on the lower end of the pricing spectrum.

Much like more expensive set-top box models, the Roku LT offers 720p quality video playback and will give users access to over 300 channels of programming, including Hulu Plus, Netflix, Epix, Amazon Prime Instant Video and many others. The LT model, however, doesn’t have an SD card reader or support for Bluetooth technology.

The new Roku LT box will be available for purchase in brick and mortar retail stores like Walmart, Target and Best Buy, as well as Roku’s web store and Amazon.

In keeping with that new strategy, the company also announced that all of its set-top boxes will soon have access to the HBO Go service, which provides premium movies and original TV content, like True Blood and Game of Thrones. HBO Go is only available to cable or satellite subscribers with a preexisting HBO channel package.

Both the Roku LT box and access to HBO Go are scheduled to launch later this month.

Founded in 2002, the Saratoga, California-based company has a total of $22.4 million in funding to date.