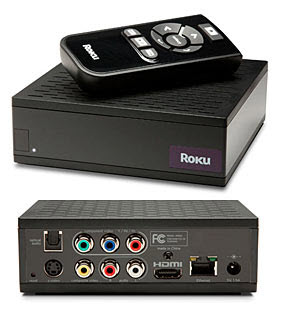 Roku aggressively lowered the prices of all of its internet video streaming set-top boxes yesterday, in an attempt to remain competitive with upcoming web video-to-TV offerings like Google TV, Apple’s revamped Apple TV (which may be called iTV), and Boxee’s set-top box.

All of the boxes have Wi-Fi networking, the HD adds HDMI and component HD video outputs, and the HD-XR adds dual-band (both 2.4Ghz and 5Ghz) 802.11N wireless, and a USB port for playing external video. Roku says that the HD-XR will also receive 1080p HD video by the end of the year, which is primarily meant for streaming personal video from the USB port.

Given that there’s a mere $10 difference between the SD and HD boxes, there’s little reason for anyone to opt for the SD version. Even if you don’t own a HDTV yet, paying the extra $10 will future-proof you for the eventual upgrade.

The company mentioned in its email announcement that “competitive products (both current and yet to be announced)” will be available for more than $99, clearly a jab at Google, Apple,  Boxee, and others. Roku has the  early-bird advantage, a healthy variety of content channels from Netflix, Amazon, and Pandora, as well as sports partnerships with the NBA, MLB, and UFC. But with Google TV’s ambitious plans to completely redefine the way we watch television, Roku will certainly have to innovate if it wants to remain relevant.

Saratoga, Calif.,-based Roku has been around since 2002, and was known initially for its SoundBridge line of devices that let users stream music from their computers to their stereos. The company became more of a well-known name in 2008 when its set-top box was launched as the original “Netflix player,” which Netflix positioned as the ideal solution for getting its streaming video content to televisions.