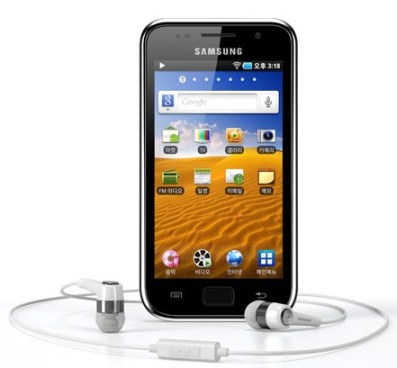 Building on the success of its Galaxy S Android phones, Samsung is set to unveil a new version of its Galaxy Player portable media device that’s basically a Galaxy S phone sans phone functionality. In short, it’s Samsung’s answer to the iPod Touch.

Samsung will show off its new Galaxy Player at the Consumer Electronics Show in Las Vegas next week, the blog Samsung Hub reports.

The Android 2.2 device will sport much of the same hardware that graces all of the Galaxy S phones (as well as the Nexus S), including a 4-inch Super AMOLED display, a 1 gigahertz processor, and both rear and front-facing cameras (at 3.2 megapixels and lower-quality VGA resolution respectively). It will be available in 8GB, 16GB and 32GB storage capacities, and it will also support microSD cards for extra storage.

The new Galaxy Player is a major upgrade from the current Galaxy Player 50, which is limited by its 3.2-inch display and slower speed. The hardware updates will allow the device to compete head-on with Apple’s fourth-generation iPod Touch, and will give Google’s Android platform a way to tempt users who aren’t yet ready to jump on an Android phone. It has the potential to be a Trojan Horse leading people to buy Android phones, just like the iPod Touch does for the iPhone.

Like the Galaxy Player 50, Samsung’s new Galaxy Player will also have full access to the Android Market, which is something that Google has previously prevented in Android media players. Complete access to Android’s wide array of mobile apps will be important to marketing the device as an iPod Touch alternative.

We reported last week that Samsung was edging close to selling 10 million Galaxy S phones by the end of the year, making it the first Android handset to do so. Given that success, it makes sense for Samsung to find even more ways to utilize the hardware behind the Galaxy S.